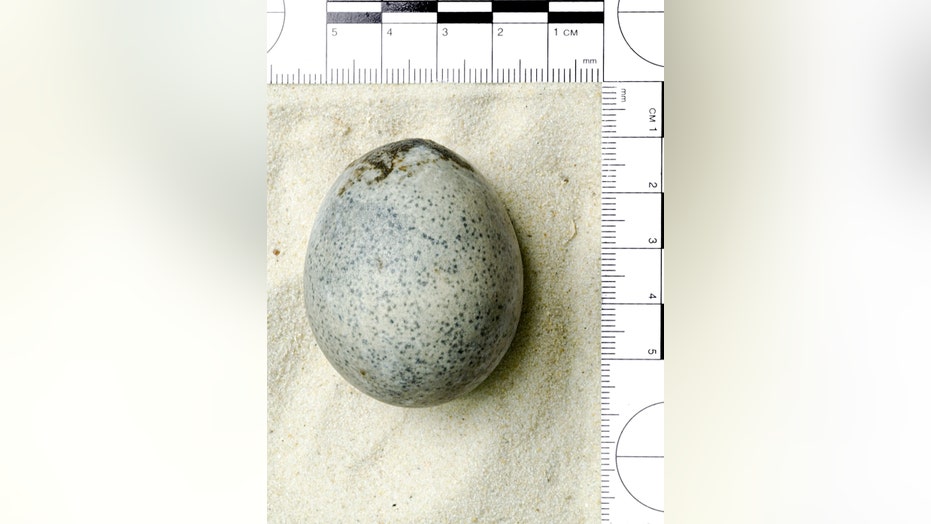 Archaeologists in Britain discovered a basket of 1,700-year-old eggs from Ancient Rome — and accidentally broke three of them, releasing the "world's oldest stinkbombs," SWNS reports.

The experts found four eggs in Aylesbury, Buckinghamshire in a waterlogged pit that they believe may have been used as a "wishing well." However, when they removed the eggs from the environment, they let off what was described as a "potent stench."

This egg was cast into a watery pit, possibly as part of a Roman funeral rite. (Credit: SWNS)

“There’s a very good reason it’s the first and only find in the U.K.," dig project manager Stuart Foreman said in comments obtained by SWNS. “In a pit that has been waterlogged for thousands of years you get things that would never survive in a dry environment."

“Three eggs broke, and let off potent stench," Foreman added. "But it’s incredible we even got one out. They were so fragile.”

In addition to the eggs, researchers also found dozens of coins, shoes, wooden tools and what has been described as a "very rare" basket.

The remains of a Roman mirror and pots were also discovered. (Credit: SWNS)

A belt buckle and a fragment of a horse harness were found, as well as evidence of a wooden bridge over the Thames. (Credit: SWNS)

Oxford Archaeology’s Edward Biddulph, who has analyzed the discovery for three years, said that the "wishing well" may have operated similar to modern-day wishing wells.

“Passersby would have perhaps stopped to throw in offerings to make a wish for the gods of the underworld to fulfill," Biddulph noted, adding that the eggs are a rare find. “The Romans associated eggs with rebirth and fertility, for obvious reasons. We have found chicken bones and broken eggshells in Roman graves in Britain before, but never a complete egg.”

Experts added that prior to being used for offerings, the pit was likely used to malt grain for brewing beer.

The lone, surviving egg now resides at Oxford Archaeology’s headquarters, where it is wrapped in acid-free tissue in a plastic box. It will eventually be moved to the Buckinghamshire County Museum, along with other findings from the dig.

The dig took place between 2007 and 2016 and experts have been analyzing its finds since then.