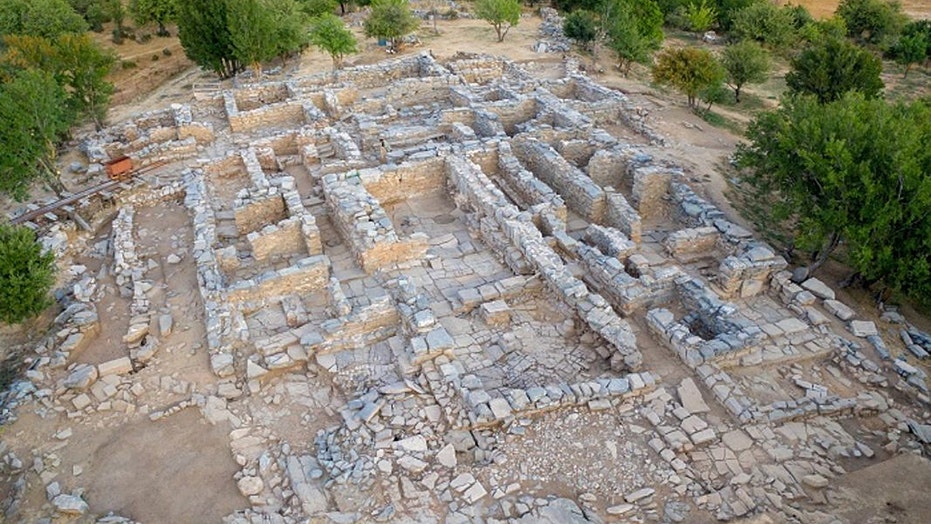 Archaeologists in Greece may have made a fascinating discovery in an ancient palace on the island of Crete.

Citing Greece’s Ministry of Culture, ANA-MPA reports that the room was discovered during excavations at the Zominthos palace. The ancient palace complex on Crete’s Mount Psiloritis, also known as Mount Ida, is an important archaeological site that dates back to around 1900 B.C.

Archaeologists uncovered a hallway with pillars leading to a room containing the remains of a seat, which may be a throne room, according to ANA-MPA. Other discoveries include clay pipes from an ancient drainage system and a large number of clay vessels.

The discovery is the latest fascinating find from ancient Greece. Last year, archaeologists located the remains of a lost city in the southern Peloponnese believed to have been settled by captives from the Trojan War.

An aerial view of the ancient palace at Zominthos on the island of Crete. (Hellenic Ministry of Culture)

Separately in 2018, researchers discovered what they say is the world’s oldest intact shipwreck at the bottom of the Black Sea. The wreck of the ancient Greek trading vessel was found off the coast of Bulgaria.

Experts also announced that the oldest known written record of Homer’s epic poem, “The Odyssey,” may have been found at the ancient site of Olympia in Greece.

In a separate project, researchers also revealed details of an ancient ‘pyramid’ on the uninhabited Greek island of Keros.

Archaeologists are shedding new light on the ancient palace. (Hellenic Ministry of Culture)

In 2017, DNA research shed new light on the mysterious ancient Minoan civilization on the island of Crete and their counterparts on the Greek mainland, the Mycenaeans.