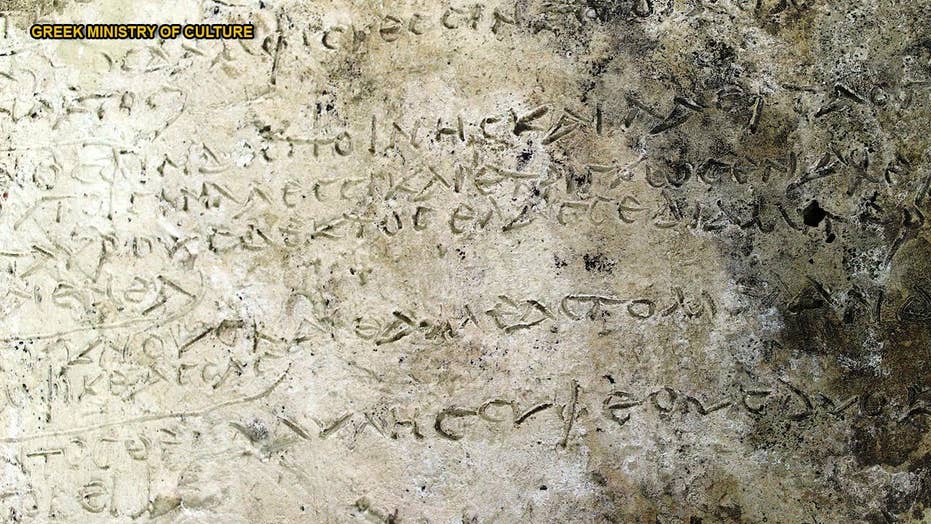 The oldest known written record of Homer's epic poem 'The Odyssey' may have been found at the ancient site of Olympia in Greece. Archaeologists found the clay tablet, which likely dates to the Roman era, near the remains of Temple of Zeus in Olympia.

The oldest known written record of Homer’s epic poem “The Odyssey” may have been found at the ancient site of Olympia in Greece.

Archaeologists found the clay tablet near the remains of Temple of Zeus in Olympia, the BBC reports. Olympia is famous as the site the ancient Olympic Games. In a statement, the Greek Ministry of Culture said that the engraved slab likely dates to the Roman era, possibly to before the 3rd century A.D.

“The Odyssey,” is thought to have been written by Homer in the late 8th century B.C.  With “The Iliad,” it is one of two epic poems attributed to the ancient Greek poet, and is widely regarded as one of the most important works in western literature.

Unearthed as part of a three-year excavation project, the tablet features 13 verses from “The Odyssey.” Officials have described the tablet as a piece of great archaeological, literary and historical evidence.

The exact date of the tablet has not yet been confirmed, according to the BBC.

Experts from the Hellenic Institute of Political Science, the German Archaeological Institute and the Universities of Darmstadt, Tübingen and Frankfurt am Mainz worked on the project.

The tablet is the latest fascinating archaeological find in Greece. Experts, for example, recently revealed details of an ancient ‘pyramid’ on the uninhabited Greek island of Keros.

Last year, DNA research shed new light on the mysterious ancient Minoan civilization on the island of Crete and their counterparts on the Greek mainland, the Mycenaeans.