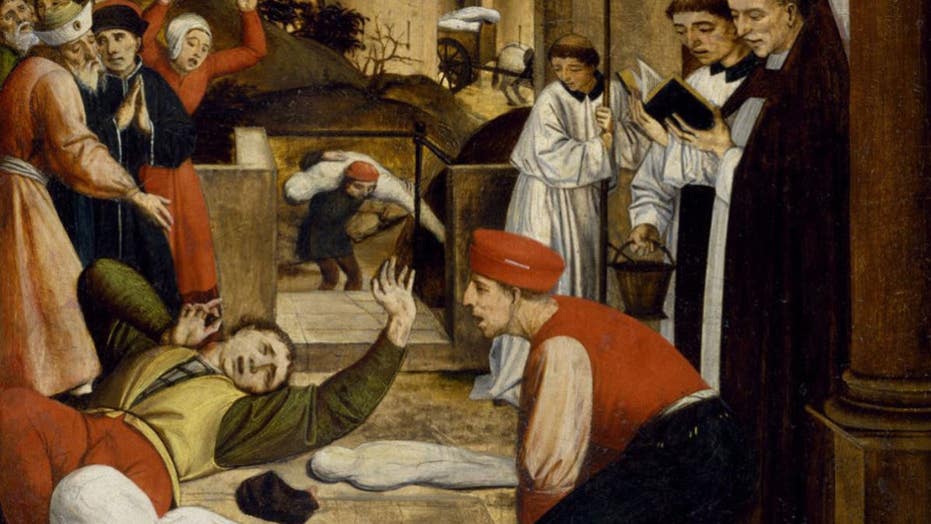 An ancient outbreak of bubonic plague that's been said to have upended the world order was actually pretty tame, researchers say.

Although some scholars have said the Justinianic plague helped trigger major global events such as Islam's rise and the emergence of modern Europe, a group of scientists believe the outbreak didn't cause enough deaths to have done so.

According to research published in the Proceedings of the National Academy of Sciences by environmental historian Lee Mordechai and his colleagues, several new types of archaeological evidence do not support the notion that the Justinianic plague was a world-altering event.

“Support for the claim that the Justinianic plague was a watershed event in the ancient world is just not there,” the study's coauthor Merle Eisenberg, an environmental historian at the University of Maryland’s National Socio-Environmental Synthesis Center in Annapolis, said in a statement to Science News.

A sixth century Eurasian plague, depicted in this painting as suddenly striking the Italian man on the left, was not as deadly as many scholars have assumed. (Josse Lieferinxe/Walters Art Museum (CC0))

The Justinianic outbreak was caused by the bacterium Yersinia pestis, which scholars believe originated in Central Asia, and primarily afflicted the Eastern Roman Empire. It took place from around 541 to 544, with some reoccurrences until around 750.

However, early historical texts and stone inscriptions from Europe and the Eastern Mediterranean contain few plague references, according to the scientists' investigation.

In addition, Science News reported that archaeological finds from two Mediterranean sites indicate that coin circulation remained stable in the 540s, while written sources show that Roman legislation did not decline after the 541 outbreak.

The Justinianic plague probably struck some densely populated areas, but “the idea that it was a blanket catastrophe affecting all parts of the Mediterranean, Middle East and Central and Western European worlds needs to be rethought,” Princeton University’s John Haldon, a historian of ancient Europe and the Mediterranean who did not contribute to the new research, explained to Science News.