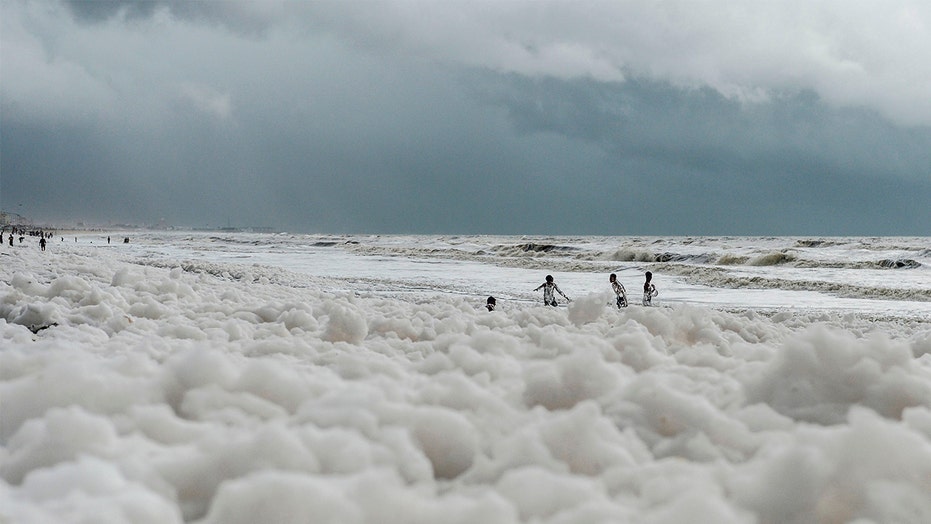 A popular beach in India has been knee-deep in frothy, toxic foam for the past few days.

This particular stretch of coast, known as Marina Beach in Chennai, reportedly sees tens of thousands of visitors daily and is the largest urban beach in India.

Although families with children have still been coming to the beach, experts warn that the foam, which forms every monsoon season, can cause skin problems.

"It is definitely not good for people to go into the foam but they just do not understand the risks," said Pravakar Mishra, a scientist at the National Center for Coastal Research in Chennai who has seen the clouds of foam grow in recent years.

Residents play over foamy discharge, caused by pollutants, as it mixes with the surf at Marina beach in Chennai on December 1, 2019. (Getty Images)

The foam is probably the result of a mixture of washing detergent residue and other waste that gets whipped into a froth by wind and waves during monsoon season.

According to AFP, only 40 percent of Chennai's wastewater is treated, meaning that the rest of the sewage from the large city washes right into the sea.

Fishermen have also been warned to stay away from the water.

One fisherman told AFP that the value of the fish he catches has dropped to almost nothing.

Air pollution has long been a problem in rapidly-developing India -- at times forcing officials to declare a public health emergency in New Delhi, a city with more than 20 million residents.