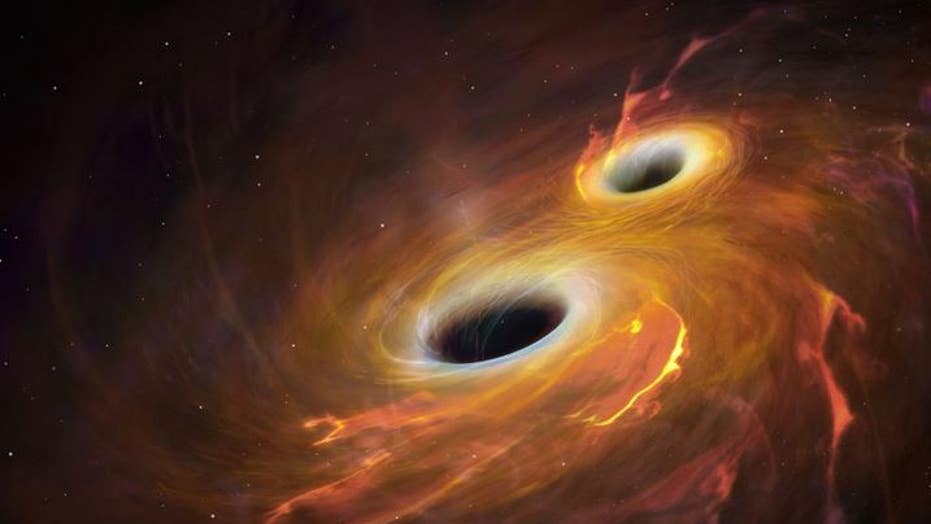 These three monsters stand near one another in a system of merging galaxies that's about a billion light-years from Earth, according to a new study published in The Astrophysical Journal.

"We were only looking for pairs of black holes at the time, and yet, through our selection technique, we stumbled upon this amazing system," said Ryan Pfeifle of George Mason University in Fairfax, Virginia, the first author of the new study, in a statement. "This is the strongest evidence yet found for such a triple system of actively feeding supermassive black holes."

Researchers had to combine data from telescopes on the ground and in space in order to pinpoint this rare black hole trifecta, according to NASA.

One challenge in finding the three supermassive black holes, according to scientists, is that they are likely to be covered in gas and dust, which would block much of their light.

"Through the use of these major observatories, we have identified a new way of identifying triple supermassive black holes. Each telescope gives us a different clue about what's going on in these systems," said Pfeifle. "We hope to extend our work to find more triples using the same technique."