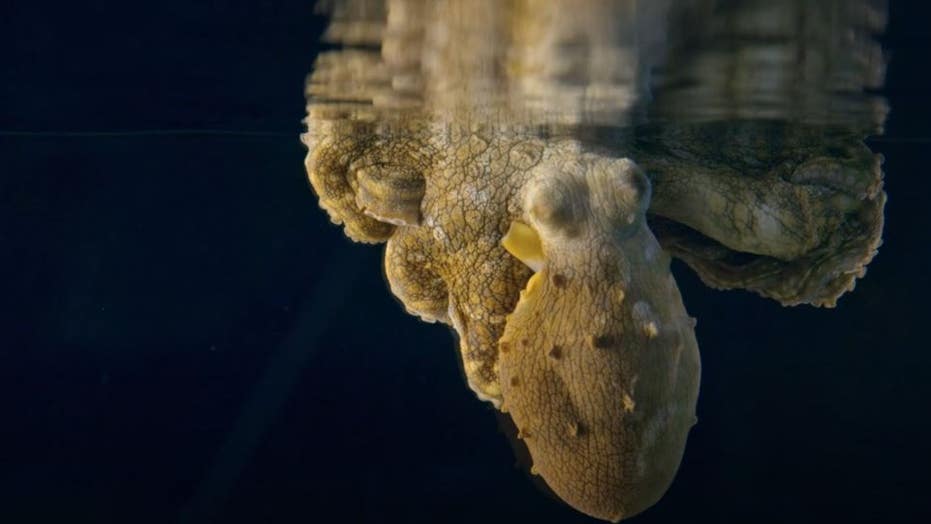 Many living things twitch or make noises while they sleep, but octopuses actually flicker while they are resting.

Yes, the octopuses shift between different colors and patterns -- to stunning effect -- while sleeping. According to Science Alert, sleeping octopuses do this because neurons firing in their optic lobes cause their pigment-containing cells to become active.

An octopus is seen changing color while it sleeps. (Nature/PBS)

"If she is dreaming, this is a dramatic moment," says David Scheel, a marine biologist at Alaska Pacific University who narrates the video. "Then she turns all dark -- octopuses will do that when they leave the bottom. This is a camouflage."

Scientists know from experience that octopuses can not only change their coloring, but also adapt the texture of their skin to blend in with rocks or corals. They do this primarily to avoid predators. Besides that, octopuses can spray ink and squeeze through small openings if it needs to do so.

"It's a very unusual behavior, to see the color come and go on her mantle like that. I mean just to be able to see all the different color patterns just flashing one after another," Scheel says in the video clip. "You don't usually see that when an animal is sleeping. This really is fascinating."