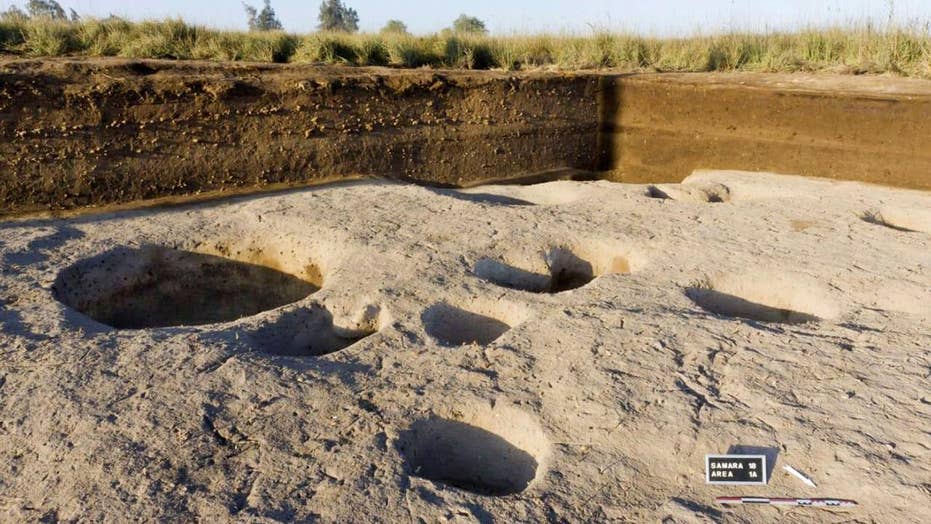 Egypt's Ministry of Antiquities has revealed that archaeologists have discovered a village with remains that predate the pharaohs by around 2,000 years. The village is one of the oldest found in the Nile Delta.

Archaeologists in Egypt have uncovered a village with remains that predate the pharaohs by around 2,000 years.

The pharaonic era began around 3,000 B.C. and the Giza pyramids were built 500 years later.

The village is one of the oldest found in the Nile Delta, according to a Facebook post by the Ministry Sunday.

In recent years, Egypt has touted discoveries in the hopes of reviving tourism after the unrest that followed its 2011 revolution.

The massive coffin, which was excavated in the city of Alexandria, was found to contain three skeletons and gold sheets with the remains. The tomb dates back to the Ptolemaic period between 305 B.C. and 30 B.C.

Experts also recently found the oldest solid cheese in the tomb of Ptahmes, mayor of the ancient city of Memphis.

A mummy buried in Southern Egypt more than 5,000 years ago, has also revealed its grisly secrets, shedding new light on prehistoric embalming practices. Additionally, a mysterious sphinx, was discovered during roadwork in the Egyptian city of Luxor.

In another project, experts unearthed a 2,200-year-old gold coin depicting the ancient King Ptolemy III, an ancestor of the famed Cleopatra.

In Australia, archaeologists found the tattered remains of an ancient priestess in a 2,500-year-old Egyptian coffin that was long thought to be empty.