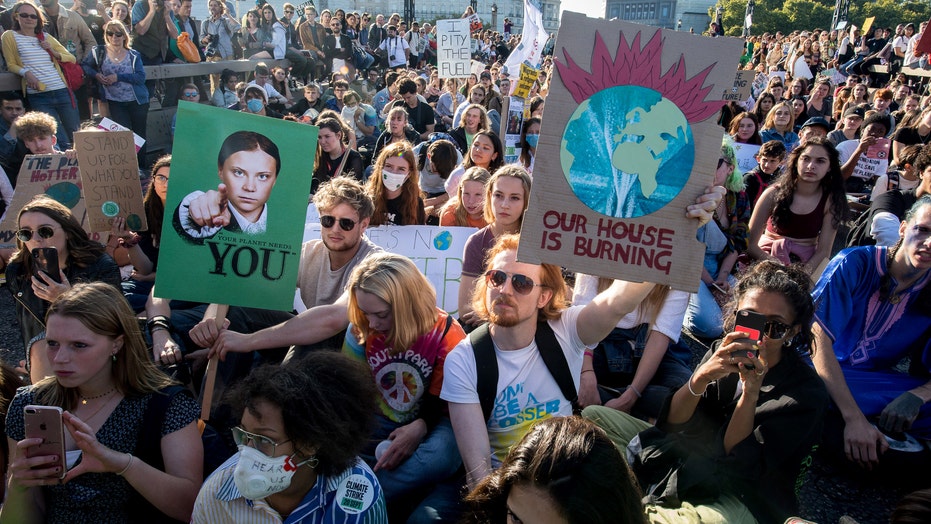 Thousands of students around the world are leaving class Friday, going on "strike" to demand immediate action against climate change. But critics say they miss these important big-picture facts.

Some climate scientists say the term "existential emergency," meaning the existence of humanity itself is endangered, is scaremongering.

"Climate strikers and others (including most of the Democratic presidential candidates) refer to climate change as an existential crisis. This is nonsense," Judith Curry, a climate scientist and former professor at Georgia Tech, told Fox News.

The Earth has warmed about 1 degree Fahrenheit since satellite data collection began in 1979.

The United Nations' average models forecast a further rise of between 2 to 5 degrees Fahrenheit by the year 2100.

Curry says the high end of the U.N.’s estimates are “based on implausible scenarios of future greenhouse gas emissions.”

But others say "climate strikers" are right to fear.

“The reason that the forecast temperature rise is an existential crisis for many species on Earth is that it is happening so fast,” Alasdair Skelton, Professor of Geochemistry at Stockholm University, told Fox News.

“Species, including ourselves, are unlikely to be able to adapt at the pace of ongoing human-induced climate change,” he added.

Economists, however, say humans will adapt.

A 2018 study by economist Richard Tol in the journal Review of Environmental Economics and Policy found that climate change "will likely have a limited impact on the economy and human welfare in the 21st century."

Greta Thunberg took an “emissions-free” boat from Europe to the U.S. — but her sea voyage actually spewed more carbon emissions than flying would have.

That was first reported by left-leaning German news outlet TAZ, which interviewed a spokesman for the boat operators and found that the boat trip required at least six flights — more than if she had simply flown to the U.S. and back.

Critics say it shows that Thunberg's trip is not really about reducing carbon.

"It's nothing more than virtue signaling," said Marc Morano, publisher of Climate Depot, a website that's skeptical about the impact of climate change.

10 TIMES 'EXPERTS' PREDICTED THE WORLD WOULD END BY NOW

"Greta took this carbon-fiber, very expensive yacht... The media is completely whitewashing this," he added.

But others defend the trip for raising awareness.

"I think that Greta is showing a point how difficult it is to go fossil free as an individual without changing the system. That is why it is so important to change the system," Ingmar Rentzhog, the founder of "We Don't Have Time" and the man who first publicized Thunberg's climate strike, told Fox News. Rentzhog noted that he didn't speak for Thunberg.

The San Diego Unified School Board unanimously resolved that the board is "proud of students’ leadership in calling for aggressive climate action."

“As a former school board member, I'm concerned that enabling this sort of behavior... will encourage... school protests on a variety of topics.”

Some major cities, including New York City and Boston, have announced that kids are allowed to skip school for the climate strike if they have a note from their parent.

Others, including Chicago, San Francisco, and Philadelphia, have not granted blanket amnesty for class-skipping students.

4. THE ‘CLIMATE STRIKE’ WEBSITE ATTACKS ALL FOSSIL FUELS, EVEN THOSE THAT HELP REDUCE EMISSIONS.

The International Climate Strike website states: "People everywhere are at risk if we let oil, coal and gas companies continue to pour more fuel on the fire." It demands "100% renewable energy access for all" to happen "swiftly."

Others say that misses the mark, noting that in the United States, greenhouse gas emissions fell over the last ten years thanks to increased production of relatively-clean natural gas.

“The U.S. is doing better than most European countries at reducing emissions, and it's because of tech advances in fracking and natural gas — which activists are just ideologically opposed to,” Morano said.

"The strategy for only using renewables in the near term is a fantasy," Curry said, adding that nuclear power is the only feasible option for such a switch — but it is not trendy.

5. THUNBERG'S STRIKE WAS PARTLY BUILT UP BY ACTIVISTS.

Many media outlets cover the climate strike and Greta Thunberg uncritically. A Vice article described her as “the girl who changed the world” and “the voice of a generation” who spontaneously started the climate strike.

But critics say that her strike was timed within weeks of a book release by her mother about activism, and the climate strike idea was proposed to her by climate activist Bo Thorén.

When Thunberg decided to do it, Thorén told another activist, Ingmar Rentzhog, who photographed her one-girl strike and used his "We Don't Have Time" organization to spread the word.

“This is no secret,” Rentzhog told Fox News of the tip-off, adding that rumors he knew Thunberg’s parents were false.

“Ideas mean nothing if not that someone is willing to make a reality of them,” Rentzhog added in defense of Thunberg. “And Greta... has a great talent to express herself in a very clear and direct way about the problem.”

But critics say the "climate strike" is a sad testament to activists' successful efforts to scare kids.

“Polling data shows kids are fearful about climate, coming into school with anxiety – even when the U.N. models don’t justify that fear,” Morano said.