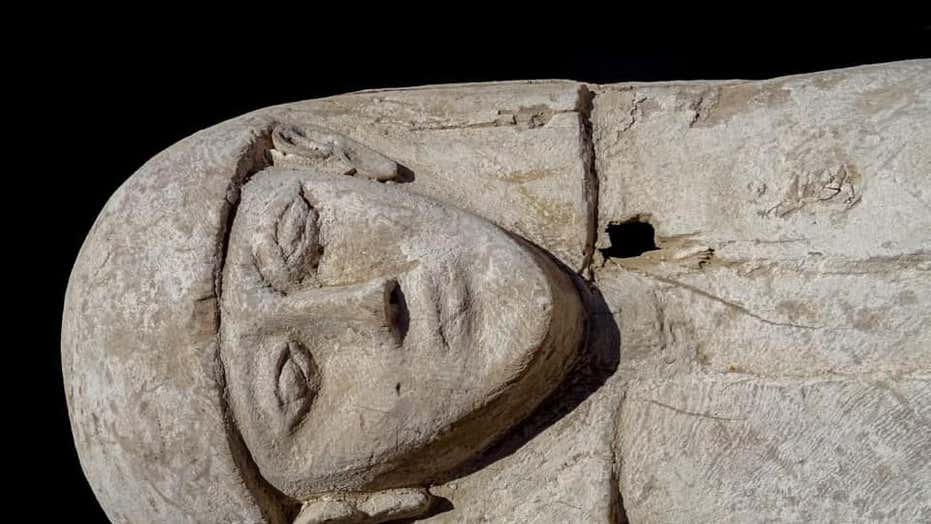 Archaeologists in Egypt have discovered the mummy of a teenager who died about 3,600 years ago.

In a Facebook post, Egypt’s Ministry of Antiquities and Tourism explained that the mummy of a 15- to 16-year-old female was found in a wooden coffin that dates back to about 1600 B.C.

LiveScience reports that the discovery was made in Luxor.

Although the mummy has been poorly conserved, the teenager was found wearing an earring in one of her ears and wrapped in a delicate, possibly copper sheet, according to the Ministry of Antiquities. Four necklaces were also found tied to each other with a ceramic grille on the mummy’s chest.

The mummy is about 3,600 years old. (Egyptian Ministry of Tourism and Antiquities)

The discovery was made by an Egyptian-Spanish archaeological mission, it said.

Egypt continues to reveal new aspects of its rich history. The tombs of a number of high priests, for example, were recently discovered at an ancient site in Egypt.

Necklaces were discovered with the mummy. (Egyptian Ministry of Tourism and Antiquities)