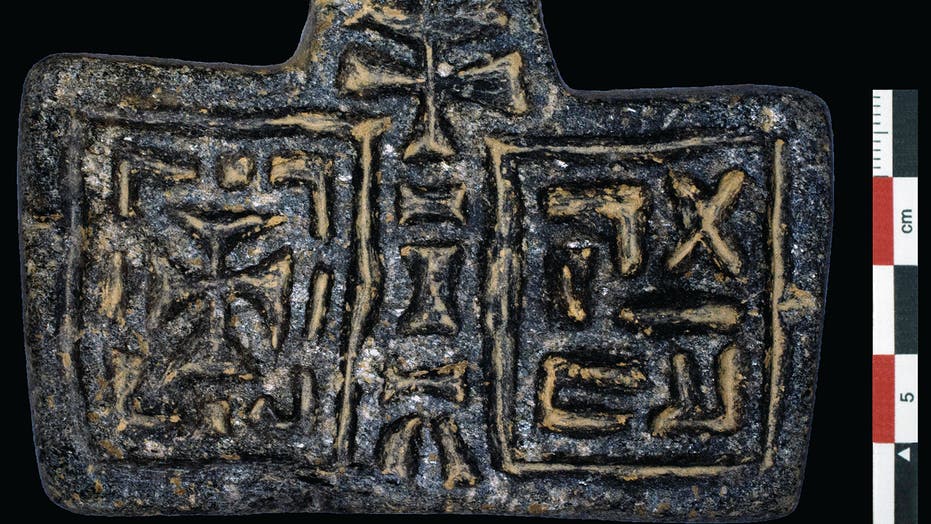 Archaeologists have uncovered the remains of a 1,700-year-old Christian basilica in Ethiopia.

The basilica, from the 4th century A.D., was found in Beta Samati, an ancient town that was once part of the Aksumite civilization.

The remains of the church date back to the time when Christianity became the official religion of the Aksumite empire.

“Early basilicas in Ethiopia were key places of Christian worship, and the site at Beta Samati appears to be one of the first in the Aksumite kingdom — built shortly after King Ezana converted the empire to Christianity during the mid-fourth century AD,” researchers explain in a statement emailed to Fox News.

A Christian stone pendant found in the basilica. (I. Dumitru/Antiquity Publications Ltd)

Secular and religious artifacts were discovered in and around the basilica, including animal figurines, crosses, stamp seals, and tokens that were likely used for trade and administration. Commercial and domestic buildings were also found at Beta Samati. A gold ring, which shows Roman influences, was also found in the basilica.

A paper on the research project has been published in the journal Antiquity.

A gold ring, which shows Roman influences, was found in the basilica. (I. Dumitru)

“The Empire of Aksum was one of the world’s most influential ancient civilisations, but it remains one of the least widely known,” said Michael Harrower, associate professor of archaeology at Johns Hopkins University and lead author of the research, in the statement. “The excavations of Beta Samati help fill important gaps in our understanding of ancient Pre-Aksumite and Aksumite civilisations.”

Beta Samati means “house of audience” in the local language, which could point to its role as an important ancient administrative hub.

The town was first occupied by the civilization known as pre-Aksumite around 750 B.C. and abandoned more than 1,000 years later, around 650 A.D. The ancient town was discovered in 2009.