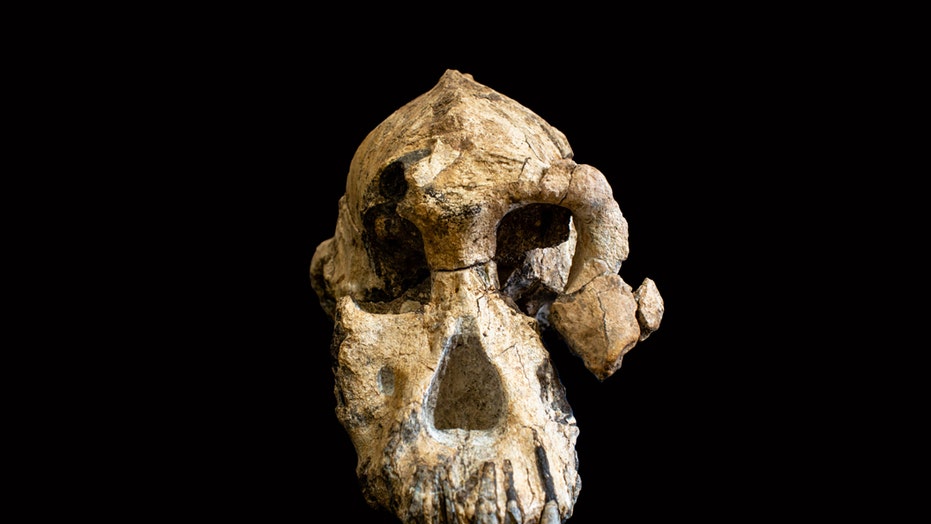 The fossil, which scientifically belongs to Australopithecus anamensis, is known as "MRD" and was found at the Woranso-Mille paleontological site, located in the Afar region of Ethiopia. It comes from a time when early human ancestor fossils are considered "extremely rare."

First discovered in February 2016, it took researchers three and a half years to determine that the skull indeed belonged to Australopithecus anamensis, considered an ancestor of Lucy's group, Australopithecus afarensis.

“This is a game-changer in our understanding of human evolution during the Pliocene,” Professor Dr. Yohannes Haile-Selassie said in a statement.

The Pilocene era lasted from 5.3 million to approximately 2.88 million years ago.

Thanks to painstaking research, MRD also shed new light on Lucy, according to Haile-Selassie, who said Lucy's ancestors and A. anamensis "coexisted for approximately 100,000 years." Previous assumptions had concluded there was a linear transition between the two early human ancestors.

MRD was found approximately 34 miles north of Hadar, a village in Ethiopia, where Lucy was discovered in 1974, according to Arizona State University. Lucy is widely credited with being the world's most famous early human ancestor.

The upper jaw was first spotted on Feb. 10, 2016, and the rest of the cranium was discovered soon after.

“I couldn’t believe my eyes when I spotted the rest of the cranium," Haile-Selassie added. "It was a eureka moment and a dream come true.”

It is believed the fossil came from a male, with its middle and lower parts jutting forward. This is in contrast to Lucy's species, which had a flatter mid-face, closer to a human's flat face.

“MRD has a mix of primitive and derived facial and cranial features that I didn’t expect to see on a single individual,” Haile-Selassie said.

The fossil also shows the beginning of the massive and robust faces found in Australopithecus, built to withstand strains from chewing tough food, researchers said.

Facial reconstruction by John Gurche made possible through generous contribution by Susan and George Klein. (Credit: Matt Crow, courtesy of the Cleveland Museum of Natural History)

Scientists have long known that this species — A. anamensis — existed, and previous fossils of it extend back to 4.2 million years ago. But the discovered facial remains were limited to jaws and teeth.

There has been other evidence that A. anamensis walked upright, but the study's co-author, Stephanie Melillo, told the Associated Press there is no evidence it was able to make tools out of stone.

“MRD lived near a large lake in a region that was dry. We’re eager to conduct more work in these deposits to understand the environment of the MRD specimen, the relationship to climate change and how it affected human evolution, if at all,” said Naomi Levin, a co-author on the study, in the statement.

“A. anamensis was already a species that we knew quite a bit about, but this is the first cranium of the species ever discovered," Melillo said. "It is good to finally be able to put a face to the name.”

The findings have been published in two separate studies in Nature.