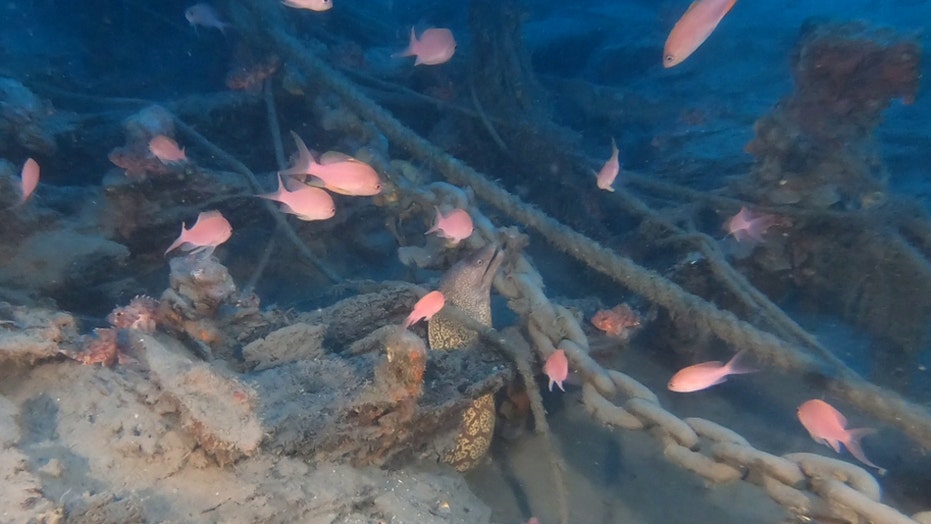 Divers in Italy have discovered a “sensational” shipwreck that officials say could be a 16th-century galleon.

The wreck was found near Portofino off the coast of Northern Italy by professional divers Gabriele Succi and Edoardo Sbaraini of “Rasta Divers,” who noticed wooden remains on the seabed at a depth of 164 feet.

The divers notified the authorities and took part in subsequent dives to explore the site with divers from the Superintendency of Archeology, Fine Arts and Landscape and Italy’s Underwater Carabinieri.

16TH-CENTURY SHIPWRECK UNCOVERED IN THE CENTER OF STOCKHOLM

In a statement that has been translated to English, the Superintendency explained that research into the site is ongoing. However, officials noted that the galleon Santo Spirito and Santa Maria di Loreto sank in the area in 1579.

Divers have been attempting to locate the merchant ship since the 1970s. In the statement, the Superintendency said that there is “great interest” in the wreck. “The visible hull portion can be traced back to a wreck of the early modern age, of which very few examples are known today in the Mediterranean,” it explained.

Francisco Olivari, mayor of the municipality of Camogli, where the wreck was found, also posted images of the dive and the wreck site on Facebook.

Other shipwrecks from that era have been garnering attention. A shipwreck dating back to the 16th century, for example, was discovered beneath the city of Stockholm.

Experts uncovered the ship in the Kundstradgarden district in the center of the Swedish capital last summer, according to a recent statement from archaeological consultancy Arkeologikonsult.

In 2019, a search for shipping containers that fell off a merchant ship during a storm led to the discovery of a historic 16th-century shipwreck.

The giant container ship MSC Zoe lost more than 270 containers in January 2019 as it sailed from Portugal to the German port of Bremerhaven. While some containers and cargo washed up on German and Dutch beaches, authorities also searched the ocean for the missing freight. As a result, they uncovered the oldest shipwreck ever found in Dutch waters.

Analysis of the ship’s timbers indicates that the vessel was built in the Netherlands around 1540, according to Holland’s National Office for Cultural Heritage. The wood used for the beams was felled in 1536, experts said.