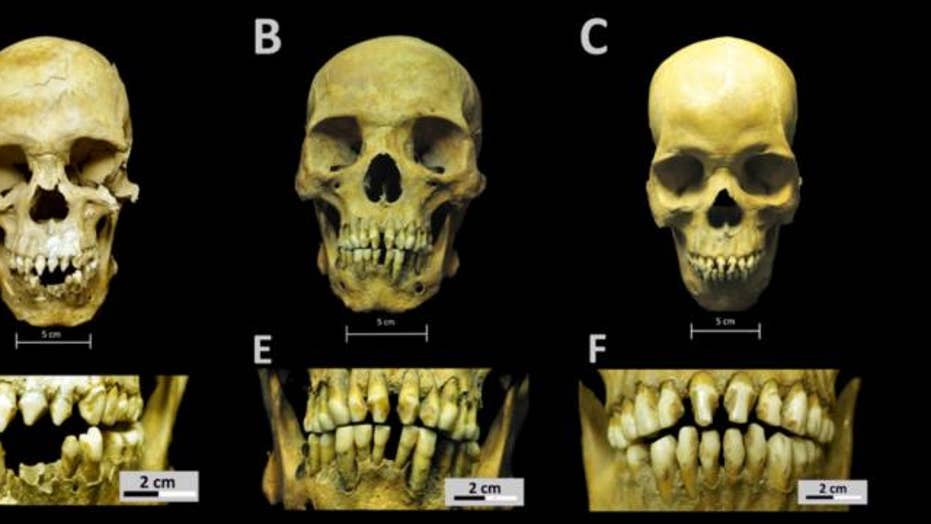 The skeletons of three 16th-century African slaves recovered from a mass grave in Mexico City are shedding new light on the early colonial-era slave trade.

The remains were found in a grave on the grounds of the Hospital Real de San José de Los Naturales, a hospital from the early period of Spanish colonial rule.

“The three individuals in the study first caught the attention of the team with their distinct dental modifications, a filing of the upper front teeth consistent with cultural practices recorded for African slaves which can still be observed in some groups living in western Africa today,” the researchers explain in a statement.

The research is published in the journal Current Biology.

Genetic analysis of the three individuals showed that they shared a Y-chromosome lineage that is prevalent in sub-Saharan Africa and is now the most common lineage among African Americans. Isotopic data from the remains showed that they suffered “years of physical abuse before premature death,” according to the researchers. Experts also found that they were among the first Americans to reach the Americas after their abduction from Africa.

Scientists were able to reconstruct two full pathogen genomes from tooth samples and found that one individual was infected with a strain of the Hepatitis B virus typically found in Western Africa today. Another individual was infected with the bacterium Treponema pallidum pertenue that causes yaws, a chronic infection of skin, bone and cartilage. Similar to syphilis, the same strain of yaws was previously identified in a 17th-century colonist of European descent, according to the researchers.

The skull of one of the individuals studied, in which the dental modifications are apparent, and the tubes used for isotope and genetic tests. (Collection of San José de los Naturales, Osteology Laboratory, [ENAH], Mexico City, Mexico. Photo: R. Barquera)

"This study sheds light into early cases of yaws after the European colonization of the Americas," says Aditya Kumar Lankapalli of the Max Planck Institute in the statement. "Future studies should focus on understanding the transmission and introduction of this pathogen to the Americas. More high-coverage ancient Treponema genomes will allow us to get a better understanding of the coevolution and adaptation of this pathogen to humans."

Between the 16th and the 19th centuries, around 12 million African slaves were shipped to the Americas, according to the Boston African American National Historical Site. About 15 percent of slaves died during the horrific voyages, which lasted around 80 days.

The final survivor of the transatlantic slave trade was recently identified after painstaking research. Matilda McCrear was just 2 years old when she was captured by slave traders in West Africa and transported to the U.S. on the Clotilda, the last American slave ship. The Clotilda docked in Mobile, Alabama in July 1860. McCrear died in 1940, aged 82 or 83.