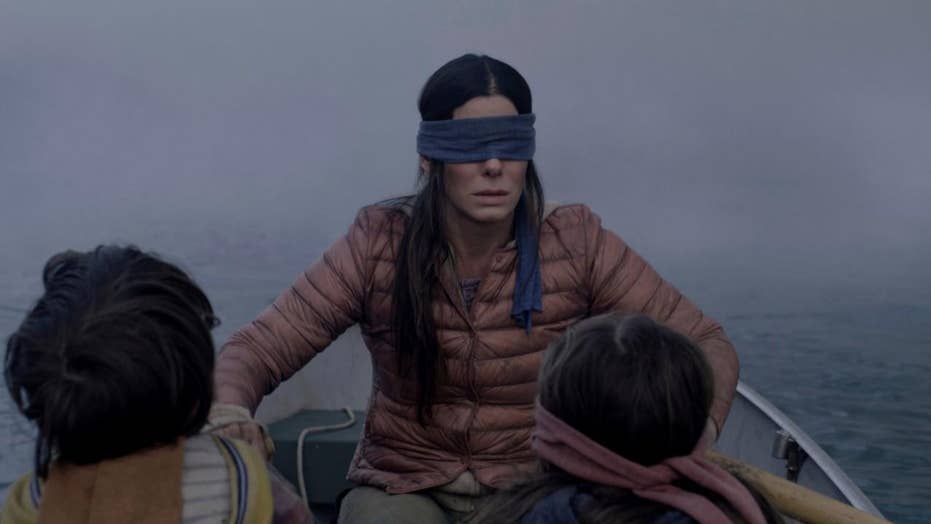 There’s apparently a new tourist attraction on the block in Monrovia, Calif., as one report claims that fans of Netflix’s “Bird Box” have been flocking to the home featured in popular new film in recent days.

On Jan. 3, the unnamed owner of the property told TMZ that a “handful” of visitors have visited it every day since the film was released on Dec. 13 for their very own photo-ops. As evidenced in images shared to social media, many arrived aptly prepared with blindfolds.

Starring Sandra Bullock, “Bird Box” has rocketed to become the streaming giant’s most-watched film in the first week of its debut, netting a whopping 45 million-plus views in the course of its first seven days on the platform, as per Netflix.

Fortunately for the owner of the home – which is located roughly 20 miles northeast of Los Angeles – the frequent tourists haven’t become a bother just yet. The “Bird Box” fans that have reportedly dropped by so far have been “very polite,” with some even knocking on the door to request permission to take pictures, as per TMZ.

Better yet, the owner claims she was paid $12,000 for the exterior shots of her home to be featured in the flick, according to the outlet.

Ironically, however, she told TMZ that she has no plans to watch the post-apocalyptic thriller anytime soon, as she does not have a Netflix account.

Beyond real estate fandom, the movie has also set off a viral social media craze dubbed the #BirdBoxChallenge, in which people attempt everyday tasks blindfolded, in the style of Bullock’s titular character Malorie.

The challenge was inspired by the new thriller’s plot, which takes place in a post-apocalyptic world where people need to wear blindfolds to block the outside world and prevent themselves from being possessed by demons that prey on their worst fears and lead them to commit suicide.

On Jan. 2, Netflix issued a statement online cautioning against the spirited, albeit dangerous, challenge.

“Can’t believe I have to say this, but: PLEASE DO NOT HURT YOURSELVES WITH THIS BIRD BOX CHALLENGE. We don’t know how this started, and we appreciate the love, but Boy and Girl have just one wish for 2019 and it is that you not end up in the hospital due to memes,” reps for the the streaming service tweeted.