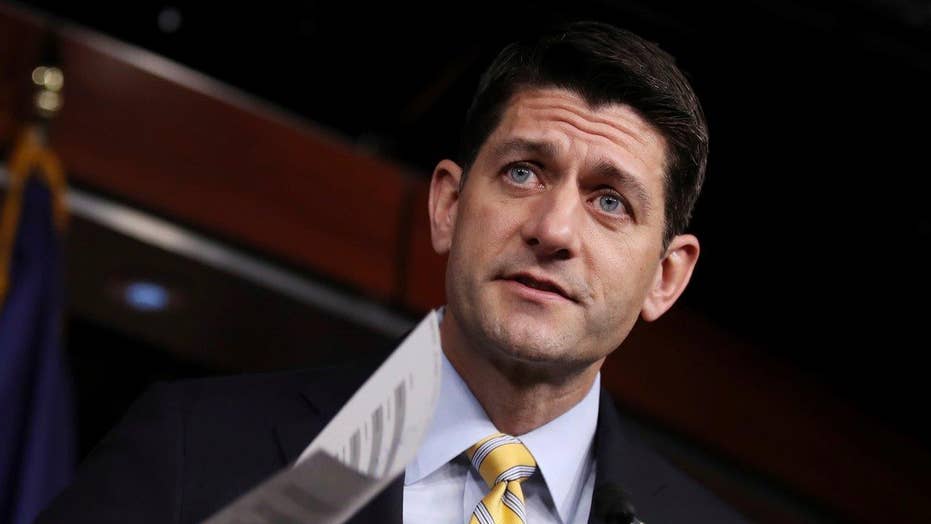 The revelation came as the nonprofit Congressional Institute that organizes the retreat investigates how audio of the gathering leaked. In an email to GOP lawmakers, institute president Mark Strand did not directly say that the impersonator was the same person who leaked the audio, but that was the implication.

"The Congressional Institute is continuing to investigate this breach in order to fully understand how it happened and to ensure it does not happen again," said Strand's email, which was obtained by The Associated Press.

The audio was leaked to several news outlets and first reported by The Washington Post. It reveals lawmakers airing concerns about the practical difficulties and political risks of repealing and replacing President Barack Obama's health care law, among other things.

There is also audio of a question-and-answer session with Pence, indicating that the intruder was in the same room as the vice president, which raises security concerns. It was not immediately clear if she was also present for the session with Trump, who spoke before Pence but did not engage in a private discussion with lawmakers.

The email says that the unauthorized person "misrepresented herself on multiple occasions to retreat organizers as the spouse of an elected official" and used counterfeit credentials.

She went through the same security checkpoints as every other attendee, including magnetometers, and was escorted from the event around 6:30 p.m. Thursday, after Trump and Pence left. The email says officials are working to "ascertain the identity of the woman in question."

Capitol Police and the Sergeant at Arms are investigating, according to a statement Saturday night from Rep. Cathy McMorris Rodgers, R-Wash., who chairs the House GOP conference.

"Leaks from internal member discussions are unacceptable," McMorris Rodgers said. She said she welcomed an investigation "to get to the bottom of this serious breach, as these conversations are intended to allow members to candidly discuss how to address the issues facing the American people."

In the audio, leaked anonymously to several news outlets, Republican lawmakers could be heard airing their concerns about the health care issue.

"We'd better be sure that we're prepared to live with the market we've created," Rep. Tom McClintock, R-Calif., was quoted as saying in the Post and elsewhere. "That's going to be called `Trumpcare.' Republicans will own that lock, stock and barrel, and we'll be judged in the election less than two years away."

Rep. Tom MacArthur, R-N.J., worried that Republican plans could strip health insurance from many of the 20 million people who gained coverage through the Affordable Care Act, including through the expansion of Medicaid.