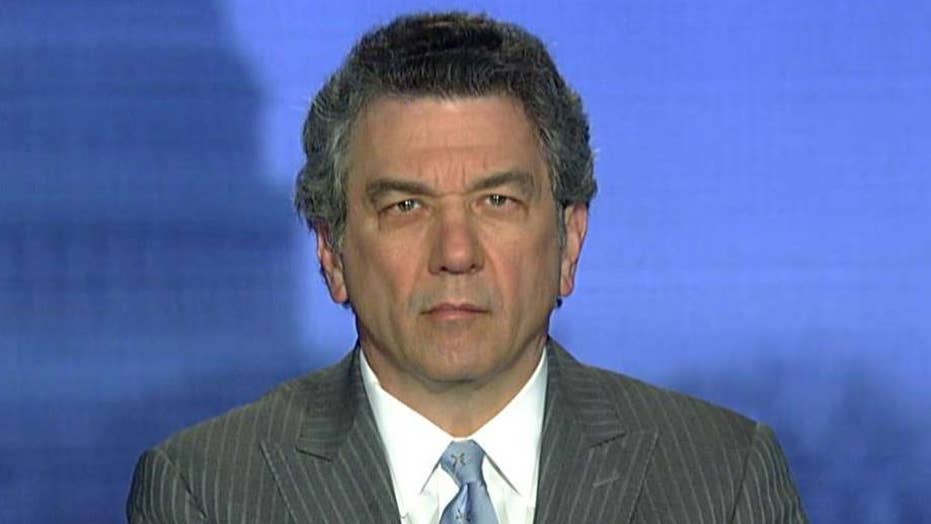 Attorney Sol Wisenberg, the former deputy independent counsel under Ken Starr, said Tuesday that the debate in the House Oversight Committee involving security clearances is all political and not about legal issues.

“Well it's a political issue. It's a policy issue. Keep in mind that the whole system of security clearances ultimately derived decades ago from an executive order,” Wisenberg told “America’s Newsroom.”

“It is entirely in the discretion of the president. So there's no legal issue at all, the president's authority here is supreme.”

The House Oversight Committee will vote on a subpoena related to releasing details of whistleblower allegations that dozens of people in the Trump administration were granted security clearances despite "disqualifying issues" in their backgrounds.

Tricia Newbold, an 18-year government employee who oversees the issuance of clearances for some senior White House aides, said she compiled a list of at least 25 officials who were initially denied security clearances last year because of their backgrounds. But, she said, senior Trump aides overturned those decisions, despite it not being "in the best interest of national security."

Wisenberg does believe, however, that Congress has a right to see if the whistleblower is making a valid point or if this is an example of the intelligence community striking out against President Trump.

“Now who knows whether or not this woman has a point to be made, whether her concerns are legitimate or whether this is an example of the intelligence community, the background community, the FBI community that has a hand in these security decisions is striking out against President Trump, who knows,” Wisenberg said.

“That's something that Congress has the right to get to the bottom of.”