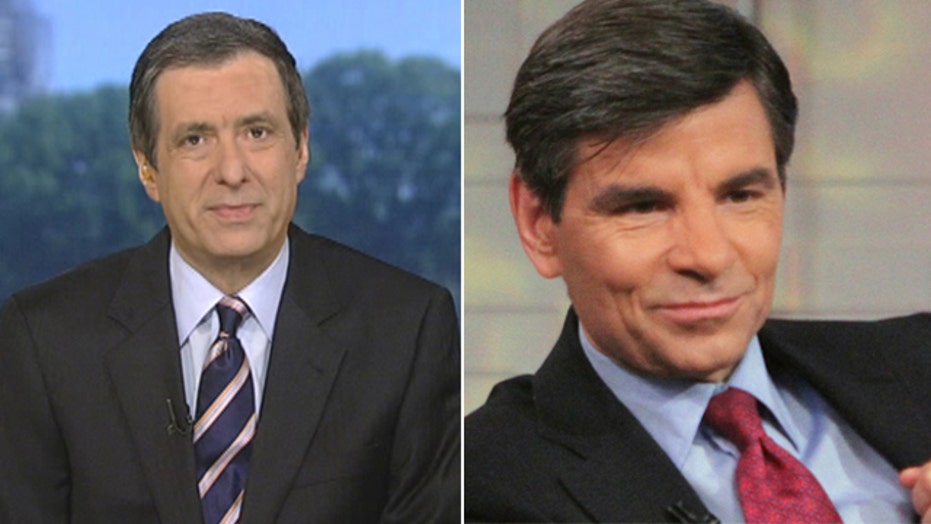 For 18 years, George Stephanopoulos has tried to leave behind his political past as a Clinton Democrat and establish himself as an unbiased journalist at ABC News.

Now he’s cast a dark shadow over that very question.

By donating $75,000 to the Clinton Foundation, and failing to disclose it, Stephanopoulos has committed an awful blunder. He has handled the story badly. And ABC is giving him a pass.

My first encounter with Stephanopoulos was during the 1992 New Hampshire primary, when Bill Clinton was grappling with womanizing allegations and his aide was trying to talk me out of doing a story. As a White House aide during the 1996 campaign, he gave me information—and a subsequent interview—aimed at tarnishing a former FBI agent who was making allegations about the president and the administration. Standard spinning stuff from a savvy operative.

People now forget that ABC originally hired Stephanopoulos as a liberal pundit, paired with Bill Kristol on the Sunday roundtable. But the network, impressed by his smarts and his political acumen, decided to move him into a journalistic role, first as host of “This Week” and then adding “Good Morning America” to his portfolio.

Stephanopoulos has tried to strike a tone of even-handededness in his interviews with Democrats and Republicans. But he’s now created a cloud of suspicion that will be very difficult to disperse, especially as the woman he once worked with—Hillary Clinton—ramps up her campaign.

Let me be blunt: For George to give money to the Clinton Foundation, out of all possible charities, knowing full well that Hillary was gearing up to run, is a grave error in judgment. For him not to disclose this to his network or to viewers—especially when he was aggressively interviewing “Clinton Cash” author Peter Schweizer about that very foundation—is unthinkable. And for ABC to brush this off as an “honest mistake” is embarrassing.

People already distrust the media as too liberal. A late-in-life journalist who began his career as a prominent Democrat working in the White House faces a special burden to demonstrate his independence. By donating to the Clintons’ family charity and keeping it secret, Stephanopoulos has failed that test.

In his statement of apology, Stephanopoulos said he gave the money because he cares deeply about AIDS and deforestation efforts:

“I thought that my contributions were a matter of public record.  However, in hindsight, I should have taken the extra step of personally disclosing my donations to my employer and to the viewers on air during the recent news stories about the foundation.  I apologize.”

Unfortunately, he’s even bobbled the damage control. Stephanopoulos initially expressed no regret for giving the money in the first place, but now tells Politico that, too, was a mistake. The original stories said he had donated $50,000, but it turned out to be 75K.

ABC also hasn’t covered itself with glory. The story was uncovered by the Washington Free Beacon, a conservative website, which did the proper journalistic thing by calling ABC for comment. Instead, the network stiffed the Beacon by cooperating with Politico for a story that included such sympathetic details as that Stephanopoulos has donated millions to charity.

That kind of move sends a signal to other online outlets that if you’ve got a hot story, don’t call first, just post it first and ask questions later, lest your scoop be given to a friendlier organization.

Did it not occur to Stephanopoulos when he was tossing to stories about the foundation, or interviewing Schweizer, that his donations might become public and embarrass him? He also interviewed Bill Clinton about the foundation in 2013, the same year he made a donation, according to Buzzfeed, but the timing is unclear.

As the criticism has mounted, Stephanopoulos has withdrawn as moderator of ABC’s Republican presidential debate next year. Such a swift fallout demonstrates the depth of the damage.