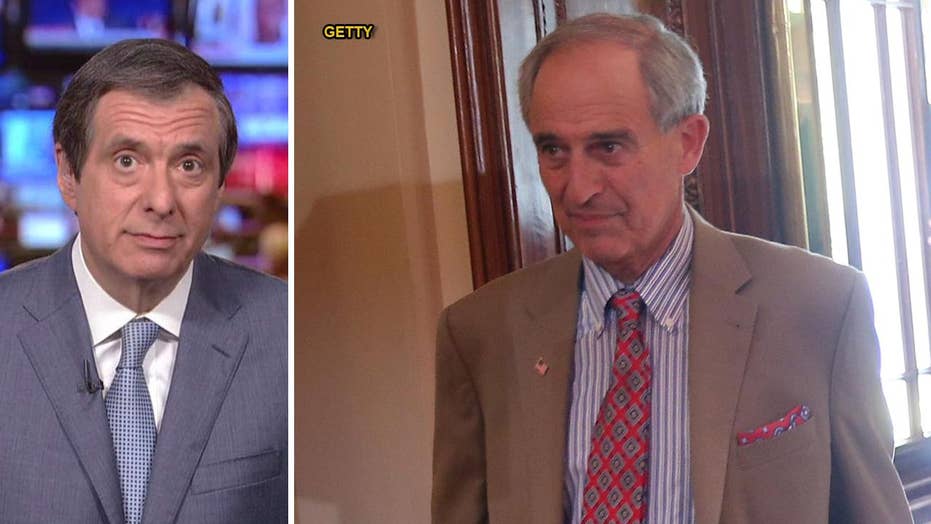 Kurtz: The shadowy world of reporters and unnamed sources

'MediaBuzz' host Howard Kurtz weighs in on why CNN is standing by a Michael Cohen story that his lawyer, Lanny Davis, says is false.

Lanny Davis, who has been engaged in high-stakes crisis management and political lawyering for decades, says he made a mistake.

CNN, which relied on Davis at least in part for a story he now says is false, won't say it made a mistake.

And the contretemps contains a revealing look at the sausage-making of investigative reporting and the sometimes murky dance between reporters and their unnamed sources.

Davis, who I've found to be a straight shooter over a quarter century dating back to the Clinton scandals, told me in a telephone interview yesterday that he had made an error and regrets it.

"I should not be talking to reporters on background about something I'm not certain about," Davis told me, describing his interactions with CNN reporters. "The combination of big stakes and a big mistake is a bad moment for me. If I had a redo in life, I wouldn't have said anything about the subject."

He added: "I don't blame anyone other than myself."

After initially saying nothing, here is the sum total of CNN's comment: "We stand by our story, and are confident in our reporting of it." A CNN report yesterday said that Davis kept changing his story in his dealings with the network.

Here's the backstory: CNN dropped a bombshell last month by reporting that Davis' client, Michael Cohen, had information that Donald Trump knew in advance of the 2016 Trump Tower meeting between his son, his son-in-law, campaign chairman and a Russian lawyer. "Cohen is willing to make that assertion to special counsel Robert Mueller," according to "the sources," CNN said.

The president has repeatedly denied any advance knowledge of the meeting.

The story, whose bylines included Carl Bernstein and Jim Sciutto, was picked up by the broadcast networks and many other major media organizations.

But now Davis has outed himself as an anonymous source for CNN, and says Cohen has no such information about advance knowledge by the president.

In my interview, Davis said he told CNN reporters that he couldn't confirm the Trump Tower allegation but encouraged them to check it out. He now believes they may have interpreted this as giving them a green light.

"When I work for a client, whether it's the White House or anybody else, and there's something that might be true but I'm not sure, I have to not expect reporters to get it right," Davis told me. He said he should have been more explicit in telling the CNN journalists not to pursue an unsubstantiated story.

Davis added that he did not intentionally mislead CNN's Anderson Cooper in saying he wasn't a source for the network. He meant that he wasn't a confirming source on the Trump Tower allegation and says he should have been more clear.

Implicit in CNN standing by the story is that the network has other sources for the Trump Tower allegation. But how could others have information about what Cohen believes when the president's former lawyer is essentially saying, through Davis, that he has no such information?

The president, of course, has boasted about Davis' admission on Twitter.

The Washington Post handled its dealings with Davis very differently. The Post had also dealt with him as an unnamed source.

As the paper recounts, the day after the CNN story, "The Post reported that Cohen had told associates that he witnessed an exchange in which Trump Jr. told his father about an upcoming gathering in which he expected to get information about Clinton. The Post did not report that Trump Jr. told his father that the information was coming from Russians.

"The information in the Post story, which was attributed to one person familiar with discussions among Cohen's friends, came from Davis, who is now acknowledging his role on the record."

And that’s the thing. CNN doesn’t have to protect Davis, who has come clean about his role in the matter.

When the White House makes a mistake or clings to an unsubstantiated charge, news organizations hammer top officials about it. Shouldn't a network have the same obligation to explain itself when an explosive story is denied by one of its own sources?

Davis says he has learned a valuable lesson, and is "pulling back" on other claims he has made. The Washington lawyer told MSNBC's Rachel Maddow there were indications that Trump knew in advance of the hacking of Democratic emails.

He said that was his belief but that he had no hard evidence to back it up.

Lanny Davis has owned up to his mistake. We'll have to see what lessons are drawn by other players in this melodrama.