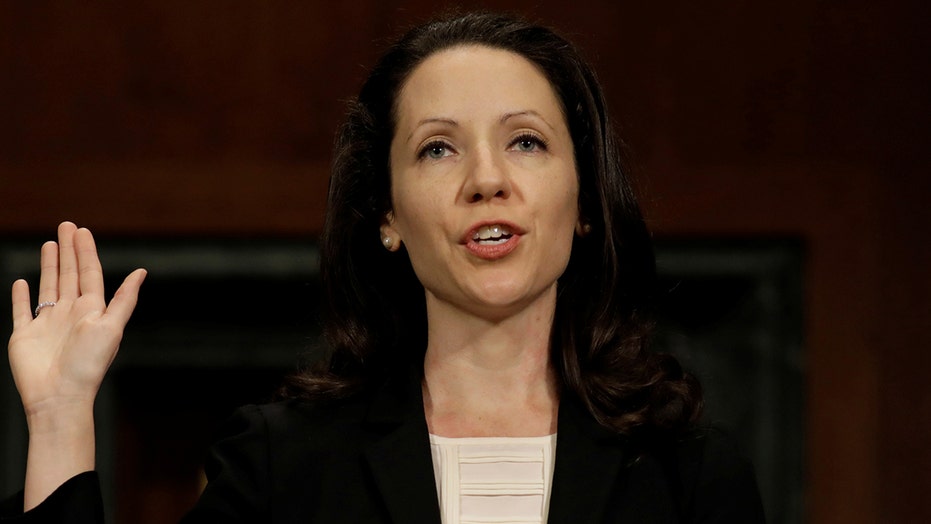 Ilya Shapiro, director of the Robert A. Levy Center for Constitutional Studies at the Cato Institute, on the debate over a potential 'constitutional crisis' if the Supreme Court is deadlocked during a possible contested election.&nbsp;&nbsp;

President Trump said on "Fox & Friends" Monday that he would nominate the Supreme Court successor to the late Justice Ruth Bader Ginsburg either Friday or Saturday, after the funeral services for the women's rights trailblazer have been held, and 4th U.S. Circuit Court of Appeals Judge Allison Jones Rushing is one of the top contenders for his nomination.

Despite being only 38, her conservative bona-fides are seen as quite strong. Rushing held three clerkships with three conservative judicial luminaries: Judge David Sentille on the D.C. Circuit Court of Appeals, a Reagan appointee who is now the presiding judge of the U.S. Foreign Intelligence Surveillance (FISA) Court; then-Judge Neil Gorsuch on the 10th Circut, who was later appointed by Trump to the Supreme Court; and Justice Clarence Thomas on the Supreme Court.

Allison Jones Rushing is sworn in as husband Blake Rushing looks on before a Senate Judiciary confirmation hearing on her nomination to be a United States circuit judge for the Fourth Circuit, on Capitol Hill in Washington, U.S., October 17, 2018. REUTERS/Yuri Gripas - RC17B84A2220

Rushing has also had multiple stints at Williams & Connolly LLP, a top private firm that regularly works on Supreme Court cases, including time as a partner. And she also worked with the Alliance Defending Freedom (ADF), a conservative legal group that is dedicated to protecting religious liberty.

Rushing has been named one of the "Rising Stars" for the publication "Super Lawyers," and been put on the "Appellate Hot List" for "The National Law Journal" per her Senate Judiciary Committee questionnaire.

She was also a summer law clerk with the Department of Justice (DOJ) in 2007. She graduated from Wake Forest University then went on to Duke University School of Law. Rushing's political past includes time as a volunteer legal adviser for Mitt Romney's 2012 presidential campaign.

In private practice, Rushing spent a lot of time on Supreme Court litigation, filing approximately 47 briefs with the tribunal, according to her Judiciary Committee questionnaire. She worked on Ulbricht v. United States, a case that touched on both the Fourth Amendment and Sixth Amendment relating to the privacy of internet browsing history and judicial fact-finding. She represented the owner of the hidden "Silk Road" website on which many illegal goods and services were exchanged before it was busted by the Justice Department.

Democrats at the time of her confirmation slammed Rushing, with Vanita Gupta, the president and CEO of The Leadership Conference on Civil and Human Rights, saying that Rushing "has denounced marriage equality, opposed remedies for discriminatory lending practices, and rejected efforts to end housing discrimination against domestic and sexual violence survivors."

Sen. Thom Tillis, R-N.C., however, praised Rushing as "a strong conservative choice who would uphold the Constitution." He complimented Trump for adding Rushing to his list of potential Supreme Court nominees in its most recent update.