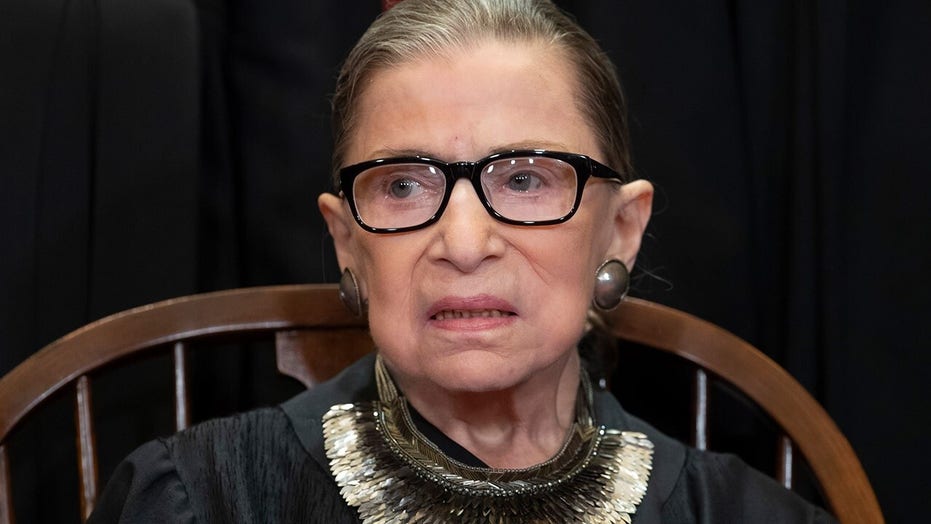 The Supreme Court announced that Justice Ruth Bader Ginsburg will lie in repose at the court building on Wednesday and Thursday this week.

Ginsburg, who was 87, died Friday after battling pancreatic cancer.

"A private ceremony will take place in the Great Hall at 9:30 a.m. attended by Justice Ginsburg’s family, close friends, and members of the Court," the Supreme Court said in a press release. "Following the private ceremony inside, Justice Ginsburg will lie in repose under the Portico at the top of the front steps of the Building to allow for public viewing outdoors."

Ginsburg's past law clerks will serve as honorary pallbearers and will greet her casket by lining the front steps of the courthouse. She will then be brought inside the Great Hall, where the current justices will be present and her casket will be placed on the Lincoln Catafalque. That platform, which was used for President Abraham Lincoln's casket, is being loaned to the court by Congress.

The public will be permitted to pay respects to Ginsburg in front of the Supreme Court building on Wednesday between approximately 11 a.m. and 10 p.m., and Thursday from 9 a.m. until 10 p.m.

House Speaker Nancy Pelosi announced that Ginsburg will lie in state at the National Statuary Hall of the United States Capitol on Friday. A ceremony will be held that morning, but only invited guests will be permitted to attend due to concerns over the coronavirus pandemic.

A private burial service will take place at Arlington National Cemetery next week.

The court announced Sunday that a black wool crepe was draped over Ginsburg's bench chair and the bench in front of the chair in her memory, with a black drape being placed over the door to the courtroom. This follows a tradition that began at least as early as the 1873 death of Chief Justice Salmon P. Chase.

"Our Nation has lost a jurist of historic stature," Chief Justice John Roberts said in a statement Saturday. "We at the Supreme Court have lost a cherished colleague. Today we mourn, but with confidence that future generations will remember Ruth Bader Ginsburg as we knew her -- a tireless and resolute champion of justice."