Michigan Gov. Gretchen Whitmer continued on Sunday to defend her updated stay-at-home orders to battle the coronavirus pandemic despite facing large protests from residents eager to get out of their houses.

Whitmer argued that she enforced stricter measures because Michigan has been hit particularly hard by the contagion and that the orders are a way to flatten the curve.

“Michigan right now has the third-highest death count in the country; we are the 10th largest state, as you can deduce this means we have a uniquely hard issue going on here,” Whitmer said Sunday on CNN’s “State of the Union.” “It is disproportionately hurting our state and that is why we need to take a uniquely aggressive action to protect people.”

She added: “We are seeing the curve start to flatten. And that means we're saving lives.”

Last week thousands of trucks and cars descended on the Michigan state capital of Lansing as angry residents protested Whitmer’s orders. The protest even drew the support of President Trump who tweeted “LIBERATE MICHIGAN!” last week.

“Quarantine is when you restrict movement of sick people. Tyranny is when you restrict the movement of healthy people,” Meshawn Maddock, an organizer of the “Operation Gridlock” protest with the Michigan Conservative Coalition, told Fox News. “Every person has learned a harsh lesson about social distancing. We don’t need a nanny state to tell people how to be careful.” 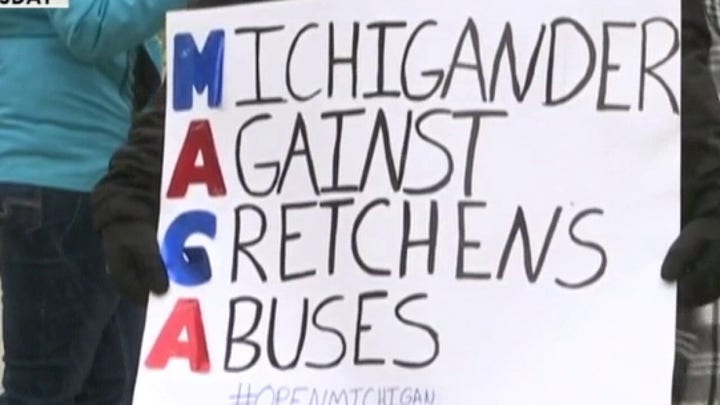 While much of the anger from the protest was directed at the number of job losses and the economic freefall caused by the lockdown orders as a result of the virus, other complaints ranged from bans on purchasing items deemed non-essential to prohibitions on using motorboats but allowing kayaks and canoes to be used.

Whitmer attempted to clear up the confusion on Sunday by saying “we've got to be really smart about the actions we take now to protect life as well as the actions we take to reengage [the economy]” and that she doesn’t want to cause a second wave of infections by reopening the state too early. 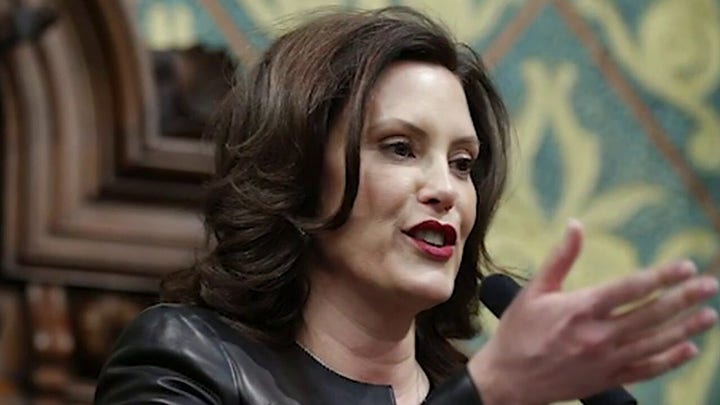 “And I know that the vast majority of Michiganers understand that not going to the gas station to fill up your boat … is a sacrifice but it’s one that is worth it,” she said. “Because who among us wouldn’t rather forgo jet-skiing or boating right now if it's going to save your grandparent or your neighbor’s life, and that’s precisely what the tradeoff is in this moment.”

As of Sunday, Michigan had reported more than 30,000 confirmed cases of the novel coronavirus, with 2,291 deaths. Wayne County – home to Detroit – has seen 1,070 deaths, the most of any county in the country outside of the New York City metropolitan area, according to figures compiled by the Center for Systems Science and Engineering (CSSE) at Johns Hopkins University.