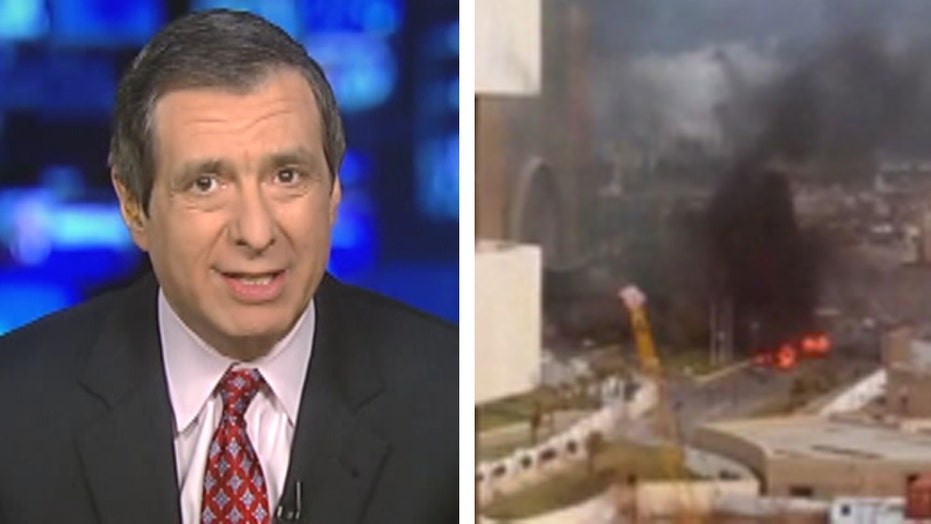 Al-Jazeera America launched with plenty of lofty rhetoric about covering the world in a deeper way without the ideological baggage of the main channel in Qatar.

The new outfit hired a number of big-name journalists from such outlets as CNN, MSNBC and PBS, and hoped to establish a foothold in America with a global focus.

But the Al-Jazeera enterprise here just lost a chunk of its credibility, in my view, for the way its sister network, al-Jazeera English, has chosen to describe terrorism. Al-Jazeera English is the translated version of the Arab network based in Doha.

National Review has obtained an internal e-mail that speaks volumes about the channel’s approach to the issue. It’s an order to journalists not to use such terms as “terrorist,” “Islamist” and “jihad.”

Carlos Van Meek, a top executive, wrote to the Washington and New York newsrooms about words that trip them up. And I found this sentence chilling in its acceptance of immorality:

“One person’s terrorist is another person’s freedom fighter.”

I understand the linguistic debate in, say, a civil war, where  each side might be accused of killing civilians. But we all know what terrorists are: They are mass murderers who deliberately target innocent people in the service of some cause, often a religious one.

The people who behead journalists on camera are terrorists, not freedom fighters.

The people who killed the staff of Charlie Hedbo are terrorists, not freedom fighters.

The people who slaughtered Americans on 9/11 and Brits on 7/7 are terrorists, not freedom fighters.

But not to al-Jazeera English. Van Meek says the network should use “fighters” and “militants” instead: “For example, we can use the term [militant] to describe Norwegian mass-killer Andres Behring Breivik or Oklahoma City bomber Timothy McVeigh.”

Got that? McVeigh blew up a federal building in Oklahoma City, but he was just a militant.

Extremist is verboten because al-Jazeera should “avoid characterizing people. Often their actions do the work for the viewer.” I’m sorry, journalists characterize people, and their motives, for a living.

“Do not use” the term Islamist, Van Meek said, because it’s “a simplistic label.”

This is the worst kind of political correctness, an effort to avoid calling out crimes against humanity in the name of linguistic neutrality.

When al-Jazeera America launched in 2013, its biggest challenge were the memories of its parent network appearing to have a cozy relationship with Al Qaeda, back in the days when it was a conduit for those Usama bin Laden videos threatening America. This al-Jazeera English memo reinforces the notion that a channel financed by the Qatari government is not truly independent of the Arab world’s prejudices.

It’s not like the network has been a commercial success since taking over the slot occupied by Al Gore’s Current. Al-Jazeera America has laid off staff and recently canceled its morning programming, to be replaced with canned stuff from Doha. As of last fall, the channel was averaging 14,000 viewers in daytime and 18,000 in primetime—almost a rounding error.

Now the independence of these English-language spinoffs are suspect as well.