The White House on Wednesday slammed Rep. Ilhan Omar, D-Minn., for calling White House adviser Stephen Miller a white nationalist, describing her remarks as “completely ignorant” and accusing her of “wildly” attacking a Jewish member of the administration.

“Congresswoman Ilhan Omar has a well-documented history of anti-Semitic comments, social media posts and relationships – so it’s not surprising that she would wildly attack a Jewish member of the Administration,” Deputy Press Secretary Hogan Gidley said in a statement.

“It is completely ignorant to slander a Jewish man as a White Nationalist, and it dishonors the Jewish victims of anti-Semitic persecution across the globe.” he said.

Omar had sparked controversy Monday when she branded Miller, known for his hardline views on immigration, a white nationalist and said that “the fact that he still has influence on policy and political appointments is an outrage.”

Her remarks came after the resignation of Department of Homeland Security Secretary Kirstjen Nielsen, and a Wall Street Journal report that said Trump had told Miller “you’re in charge” of the administration’s immigration policy

Omar has her own history of controversy, particularly relating to her criticism of Israel and U.S. support of the Middle East democracy. In March she suggested that supporters of Israel were pushing for U.S. politicians to declare "allegiance" to that nation. 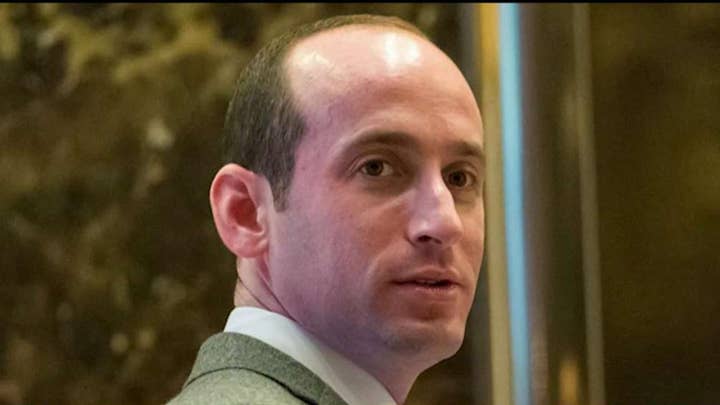 That came after she apologized for suggesting in February that some members of Congress were being paid by the American Israel Public Affairs Committee (AIPAC) to support Israel: “It’s all about the Benjamins baby,” she tweeted.

President Trump has repeatedly criticized Omar and,  speaking to the Republican Jewish Coalition (RCJ) on Saturday, “thanked” her and then feigned surprise when the audience booed the reference.

On Tuesday, he quoted strategist Jeff Ballabon, who said it was unacceptable for Omar to “target Jews, in this case Stephen Miller.”

Asked by reporters on Wednesday about Miller, Trump called him a “brilliant man” but added that there’s “only one person that’s running [immigration policy].”