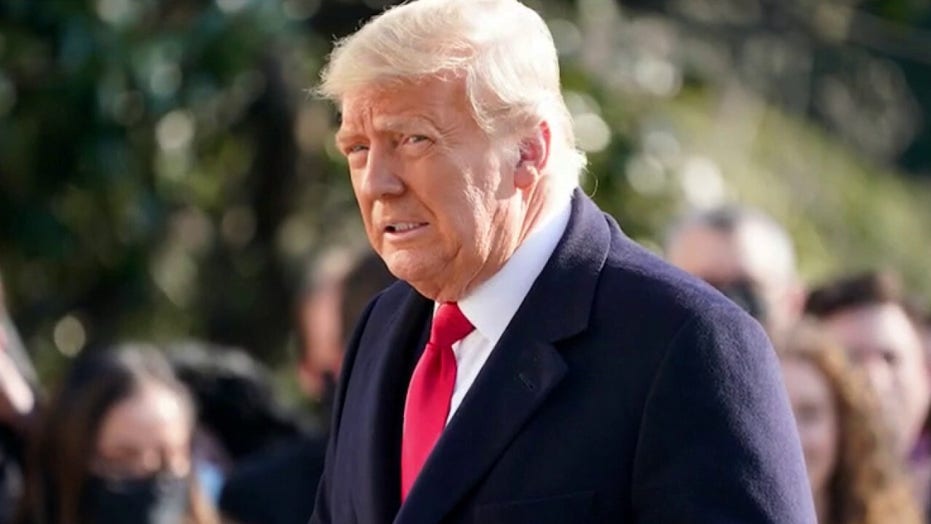 The White House on Wednesday said social media companies need to do more to protect the public from "disinformation" and "misinformation," after Facebook’s Oversight Board upheld the company’s ban against former President Trump from using the platform.

The board on Wednesday upheld Trump’s ban from Facebook and Instagram, but said it was "not appropriate" for Facebook to impose the "indeterminate and standardless penalty of indefinite suspension." The board gave Facebook six months to review the "arbitrary" indefinite ban, saying in a tweet that the company "violated its own rules."

White House press secretary Jen Psaki was asked about the board’s decision on Wednesday, and said the White House was "not going to have any comment on the future of the former president’s social media platform," but said that social media companies have a "responsibility" to protect the public from misinformation.

"The major platforms have a responsibility related to the health and safety of all Americans to stop amplifying untrustworthy content, disinformation and misinformation," Psaki said, specifically referring to "COVID-19, vaccinations and elections."

"And we've seen that over the past several months, broadly speaking. I'm not placing any blame on any individual or group," Psaki said, adding that "we've seen it from a number of sources."

"His view is that there’s more that needs to be done to ensure that this type of misinformation, disinformation, damaging, sometimes life-threatening information, is not going out to the American public," Psaki said.

"I think what the decisions are, that the social media platforms need to make, is how they address the disinformation, misinformation, especially related to life-threatening issues like COVID-19 and vaccinations that continue to proliferate on their platforms," Psaki said.

In February, Facebook detailed the social media giant's efforts to help the public in regard to vaccines to protect against the novel coronavirus, saying its work is "similar to how we helped people find information about how to vote during elections."

And in December, Twitter announced that they would expand their existing rules to combat misleading tweets about COVID-19 vaccines and were committed to removing "the most harmful, misleading information" about them.

Meanwhile, Twitter, in January unveiled "Birdwatch," what they described as a new "community-driven approach" to misleading information on its platform, allowing users to add notes to tweets they believe are false in an attempt to "add context" for other users.

At this point, Birdwatch is only in its pilot phase and available to a limited number of users.