The White House is scrambling to get into high gear for what it expects will be an onslaught of applications from undocumented immigrants seeking relief from deportation, part of the executive order President Barack Obama announced late last year.

Expecting millions of people who meet the criteria to apply, the Obama administration has added 1,000 workers to help process the paperwork, as well as 1,000 private contractors, the Los Angeles Times reported.

The administration also signed a nearly $8 million lease for 246,000 square feet on 12 floors in an office complex in the Washington, D.C., area. New employees’ salaries and benefits are expected to cost some $40 million annually.

"It's going to be a monumental effort," Frank Sharry, executive director of America's Voice – an immigration advocacy group – told the Times. "It's arguably the biggest [immigration] program they've ever had to implement, and with a population that has done everything possible to avoid contact with authorities."

It’s a monumental task, the Times noted, calling the immigration executive action “one of the most ambitious and controversial programs of his presidency.” And one that the administration wants desperately not to bungle, as it did with the rollout of the Affordable Care Act.

The agency that will process the bulk of applications, U.S. Citizenship and Immigration Services, already handles more than 6 million applications annually from people seeking a variety of benefits. The agency is essentially funded through user fees, which will be quite hefty for the programs that are part of the executive order.

Undocumented immigrants who seek suspension of deportation based on being the parent of a U.S. citizen or a legal permanent resident will need to pay a fee of $465, for instance.

One thing is for certain – unlike what happened with Obamacare enrollment, there will be no embarrassing failures tied to trying to apply via a glitch-filled website. USCIS conducts most of its business the old-fashioned way – in person or through snail mail.

Immigrants applying for an extension of deportation relief under an earlier 2012 Obama initiative – for those brought to the United States illegally as minors – may begin doing so on Feb. 18.

Others covered under new categories as part of the 2014 executive order can start in late spring.

The work will be challenging, those familiar with the process say, because government workers will have to determine eligibility for people who usually have few, or false, documents.

"USCIS is on pace to have several hundred employees on board and trained by mid-May, which will ensure every case processed by USCIS receives a thorough, case-by-case review," the Times quoted agency spokesman Chris Bentley as saying.

Bentley conceded that workers could be pulled from other assignments if the workload is heavier than expected.

"They are going to be under pressure," a former Homeland Security official who asked for anonymity told the newspaper. "The community is going to want to see the effects of this. But if they get a million applications in the first three months, they are not going to have the staff to adjudicate this." 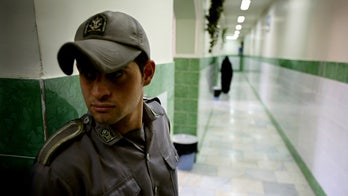