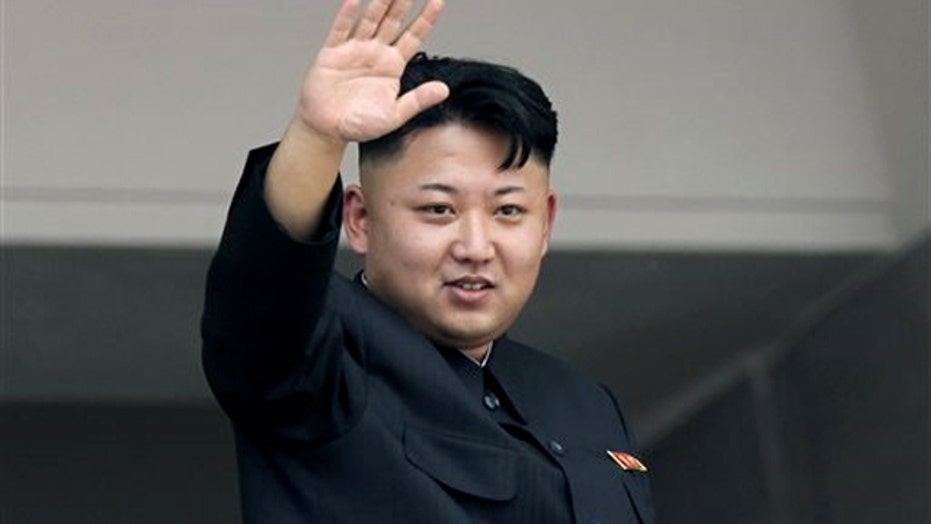 North Korea attack: No missiles, no bomb, just a click of the mouse

Eric Shawn on the Sony cyber-attack

The White House on Saturday said it was “pleased” that Sony is looking at ways to distribute the movie “The Interview,” after company executives cancelled cinema showings in the wake of a massive and damaging cyberattack.

"We are pleased to hear that Sony is actively working to distribute the film,” said Deputy Press Secretary Eric Schultz. “People should be able to decide for themselves whether or not they would like to see it."

He also said the White House never discussed distribution of the movie with Sony prior to the company's decision Friday to cancel the release.

The FBI says it has enough information to “conclude that the North Korean government is responsible” for the attacks that include embarrassing e-mail leaks and threats on movie theaters, which resulted in the cancellation of “The Interview.”

North Korea is proposing a joint investigation with the United State to learn who executed the attacks and warns that failing to agree will result in “grave consequences,” according to state media.

Pennsylvania GOP Rep. Patrick Meehan, chairman of a House subcommittee on cybersecurity, told Fox News’ “American’s News Headquarters” on Saturday that the response by the isolated communist country is “almost a joke,” but expected.

However, he agreed that the attacks are acts of terrorism and said they mark a new direction by perpetrators, who typically go after targets associated with some monetary value.

“This is an intimidation of the free speech that Americans enjoy,” he said.

The FBI says its findings are the result of an investigation that involved multiple departments and agencies and were based in part on technical analysis of the malware used in the attack. The agency says the malware "revealed links to other malware that the FBI knows North Korean actors previously developed."

Further, the FBI noticed "significant overlap between the infrastructure used in this attack and other malicious cyberactivity the U.S. government has previously linked directly to North Korea."

The FBI also said the "tools" used in the attack are similar to those in a North Korea-led attack against South Korean banks and media outlets last year.

"We are deeply concerned about the destructive nature of this attack on a private sector entity and the ordinary citizens who worked there," the FBI said in its statement. "Further, North Korea's attack on SPE reaffirms that cyber threats pose one of the gravest national security dangers to the United States. Though the FBI has seen a wide variety and increasing number of cyber intrusions, the destructive nature of this attack, coupled with its coercive nature, sets it apart.

"North Korea's actions were intended to inflict significant harm on a U.S. business and suppress the right of American citizens to express themselves. Such acts of intimidation fall outside the bounds of acceptable state behavior."

President Obama said in a press conference Friday that there was no indication that points to any other country working with North Korea in the attack.

Obama vowed Friday: “We will respond.’