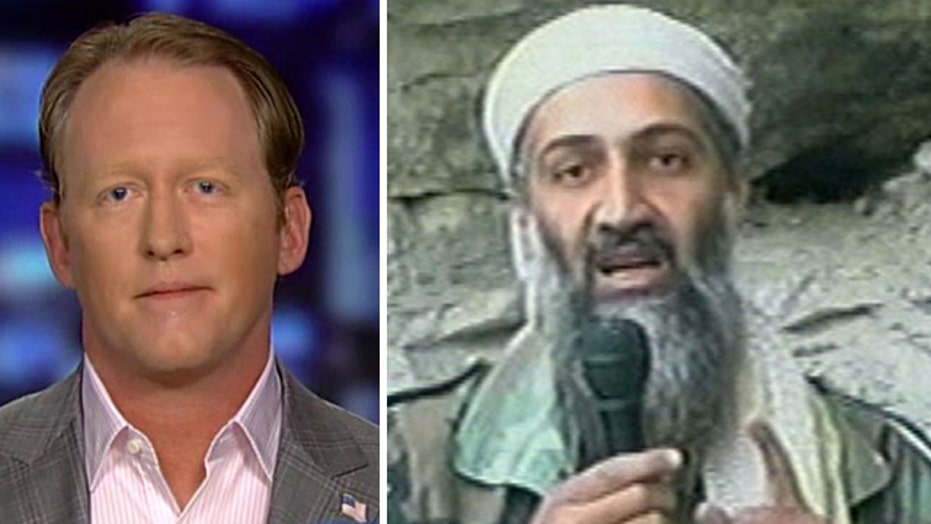 Rob O'Neill sounds off on 'insulting' and 'ridiculous' accusations

The White House and Pentagon on Monday adamantly rejected a report claiming the Obama administration lied about multiple aspects of the Usama bin Laden raid.

Journalist Seymour Hersh made the allegations in a lengthy article for the London Review of Books. Among other charges, Hersh wrote that top Pakistani military leaders were informed of the U.S. mission in advance and helped facilitate it, despite repeated claims to the contrary.

Pentagon spokesman Col. Steve Warren pushed back on the story, in a briefing with reporters.

"This article appears to be largely a fabrication," Warren said.

Of the claim that Pakistan was involved in advance of the raid, Warren said: "It was a unilateral action."

"The Obama White House is not the only one to observe that the story is riddled with inaccuracies and outright falsehoods," Earnest said, citing recent criticism from other observers. "No one here is particularly concerned about it."

Hersh, an investigative journalist who helped break the story about abuses at the U.S.-run Abu Ghraib prison in Iraq, contradicted several parts of the Obama administration narrative about the bin Laden mission in his latest report, citing unnamed sources.

The article asserted that Pakistan's army chief of staff and director-general of the Inter-Services Intelligence agency knew about the 2011 raid in advance and even helped ensure safe passage for the U.S. helicopters carrying Navy SEALs. The article also claimed bin Laden was effectively an ISI prisoner in Abbottabad -- according to one source, used as leverage against the Taliban and Al Qaeda -- but that an ex-Pakistani intelligence officer spilled the secret in exchange for U.S. reward money.

These details would contradict U.S. government claims that Pakistan was not involved, and the U.S. learned about bin Laden's location by tracking couriers.