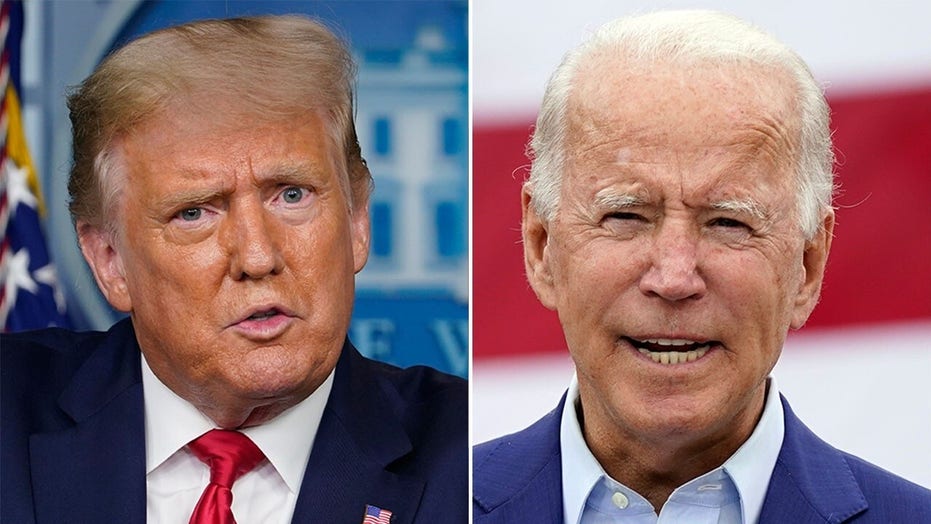 Whose plan will win over voters in key battleground states?

EXCLUSIVE: President Trump is expected to host the fourth "Made in America" event at the White House next month, featuring American-made products and American-based companies from all 50 states.

The event is set to take place at the White House on Monday, Oct. 5., and is part of the president’s “Buy American, Hire American” and “Made in America” efforts, according to the White House.

“The president looks forward to hosting incredible companies and their American-made products representing all 50 United States at the White House next month for what has become an annual event,” Deere added.

A White House official told Fox News that Lockheed Martin, based in Maryland, which participated in the event last year, will feature its products during this year’s showcase as well, while companies from 49 other states will be first-time participants.

President Donald Trump speaks during a news conference on the North Portico of the White House, Monday, Sept. 7, 2020, in Washington. (AP Photo/Patrick Semansky)

Some of the companies expected to showcase their American-made products next month include Correct Craft, which will represent both Florida and North Carolina, Kan Jam from New York, Cruise Custom Flags from Kentucky, and Nautique Boat Company from Florida.

"Our team is thrilled to represent both Florida and North Carolina in the White House Made in America event," Correct Craft CEO Bill Yeargin told Fox News. "We are a unique net exporter to dozens of countries around the world. Both our Nautique and Parker teams could not be more excited to show off our product at the White House!”

Meanwhile, a White House official touted the president’s efforts with regard to the economy, specifically his support for American-based companies and products over the last four years, telling Fox News that more than 6.7 million manufacturing jobs were created and more than 12,000 new factories opened under his administration.

The official doubled down, telling Fox News that the president has “delivered” on his “promises to help American workers, businesses and manufacturing,” citing the regulation cuts, the creation of Opportunity Zones to spur investments in what they called “forgotten” communities, ending or reworking trade deals like the Trans-Pacific Partnership and NAFTA.

News of the event comes as Trump and Democratic rival Joe Biden wrestle to own the "made in America" phrase in the 2020 presidential election.

While the president has touted the economy and bringing jobs back to the U.S. during his term, on the campaign trail the former vice president has attempted to highlight the economic losses the country has faced amid the coronavirus pandemic.

Biden in July announced his own “made in America” push — proposing spending $700 billion on American products and research in the hopes of bringing back millions of jobs lost amid the pandemic.

The America-centric proposal spotlighted that Biden will compete with the “America First” agenda long pushed by the president, who has emphasized protecting American workers and reenergizing domestic industries in decline while moving away from free trade and a global economy.

But Biden last week slammed the president for “offshoring” jobs, saying that federal contracts funded by “tax dollars” have “doubled” under his administration.

“He invited companies to the White House to make what he called the pledge to American workers,” Biden said last week during an event in Michigan, saying that those companies “shipped 7,000 jobs overseas.”

“Trump hasn’t stopped companies from closing plants and sending jobs overseas,” Biden added. “President Trump has broken just about every promise he’s ever made to the American worker. And he’s failed. He’s failed our economy and our country.”

But the president’s reelection campaign slammed Biden for seemingly seizing on Trump’s messaging and dismissed his own economic record.

“True to his history of plagiarism, Joe Biden stole President Trump’s ‘Made in America’ theme, but he can’t steal a record for himself on job creation,” Trump campaign Communications Director Tim Murtaugh told Fox News, adding that "Biden oversaw the slowest economic recovery since the Great Depression and today plans a $4 trillion tax increase that would kill the economic recovery already underway.”

“Biden voted for NAFTA, which destroyed 850,000 American jobs – many of them in manufacturing – and championed Most Favored Nation status and entry into the World Trade Organization for China,” Murtaugh continued. “That was an enormous error in judgment that cost the United States 60,000 factories and 3.5 million jobs.”

He added: “The only jobs Joe Biden has ever created were in China.”

Murtaugh went on to praise the president, calling him a “champion of ‘Made in America’”  and saying he “has the record to back it up.”

“He built the world’s best economy once before the global pandemic hit and is already doing it again,” Murtaugh said. “The manufacturing sector has seen a resurgence and he has strengthened our trade deals to protect American jobs.”

Murtaugh noted that the U.S. has seen 10.6 million jobs created in the last four months.

Biden’s proposal, though, would be a $400 billion investment by the federal government to purchase American products such as cement, concrete, steel and other materials to rebuild the nation’s crumbling infrastructure.

The second part is a $300 billion investment in research for new technologies, such as electric vehicles, artificial intelligence and 5G.