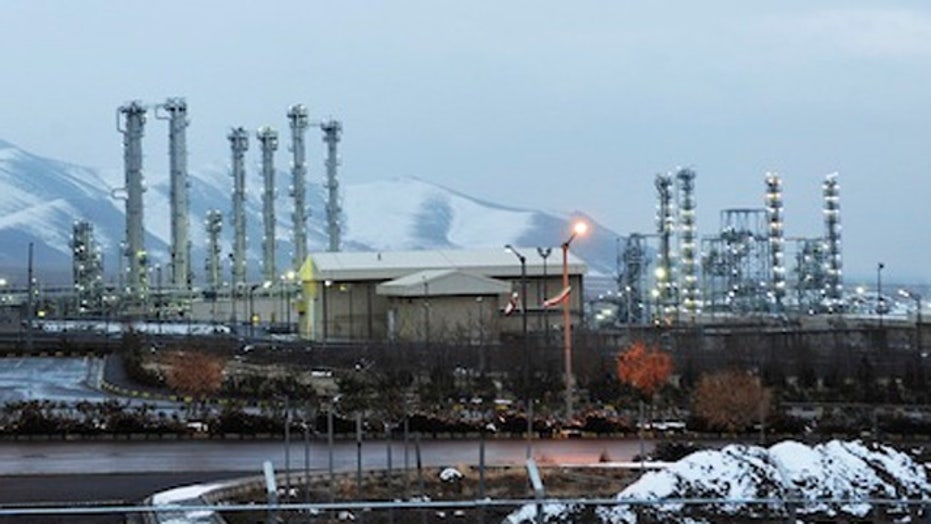 Iran and six world powers announced Sunday that they've agreed on the terms for implementing a recently struck nuclear deal -- but the Obama administration continued to battle a bipartisan push for new U.S. sanctions which it claims could jeopardize the pact.

The White House said Sunday that the deal will kick in starting Jan. 20. Under the terms of the six-month agreement, Iran will begin to rein in its nuclear program, while the United States and other countries will ease off existing sanctions.

Iran will begin receiving blocked overseas funds around Feb. 1, when the nation will receive $550 million, a senior administration official told Fox News. The six installment payments will continue through July, when the last of the $4.2 billion in funds is scheduled to be transferred.

"With today's agreement, we have made concrete progress," President Obama said in a written statement.

But, in a sign of how sanctions legislation in the U.S. Senate is gaining momentum, Obama used the same statement to reiterate his opposition to that bill -- and threaten a veto.

"Unprecedented sanctions and tough diplomacy helped to bring Iran to the negotiating table, and I'm grateful to our partners in Congress who share our goal of preventing Iran from acquiring a nuclear weapon," he said. "Imposing additional sanctions now will only risk derailing our efforts to resolve this issue peacefully, and I will veto any legislation enacting new sanctions during the negotiation."

The legislation in question would blacklist several Iranian industrial sectors and threaten banks and companies around the world with being banned from the U.S. market if they help Iran export any more oil. The provisions would only take effect if Tehran violates the six-month interim deal or lets it expire without a comprehensive nuclear agreement.

Supporters say such a bill is necessary to pressure Iran to adhere to the deal.

"The need for additional prospective sanctions is already clear," Sen. Bob Menendez, D-N.J., who drafted the bill, said Friday. Since the interim accord, he argued, Iran has made several announcements related to its uranium and plutonium programs that reinforce the need for Washington not to let up on the pressure. "This is hardly a march to war," Menendez said.

Despite Obama's veto threat, supporters are nearing having a veto-proof majority.

The Associated Press reports that 59 senators are now on board. That's close to the 60 votes needed to pass most legislation. And advocates are not far away from rounding up the 67 votes they would need to override a presidential veto.

The administration worries that if the bill were to pass, it could unravel the nuclear deal. Obama stressed Sunday that the sanctions relief under the plan is "modest" -- he has argued that additional legislation simply is not necessary.

"We will continue to vigorously enforce the broader sanctions regime, and if Iran fails to meet its commitments we will move to increase our sanctions," he said Sunday.

Under the deal, Iran agreed to limit its uranium enrichment to 5 percent -- the grade commonly used to power reactors. The deal also commits Iran to stop producing 20 percent enriched uranium -- which is only a technical step away from weapons-grade material -- and to neutralize its 20 percent stockpile.

In exchange, economic sanctions Iran faces would be eased for a period of six months. During that time, the world powers -- Britain, China, France, Germany, Russia and the United States -- would continue negotiations with Iran on a permanent deal.

The West fears Iran's nuclear program could allow it to build a nuclear bomb. Iran says its program is for peaceful purposes, such as medical research and power generation.