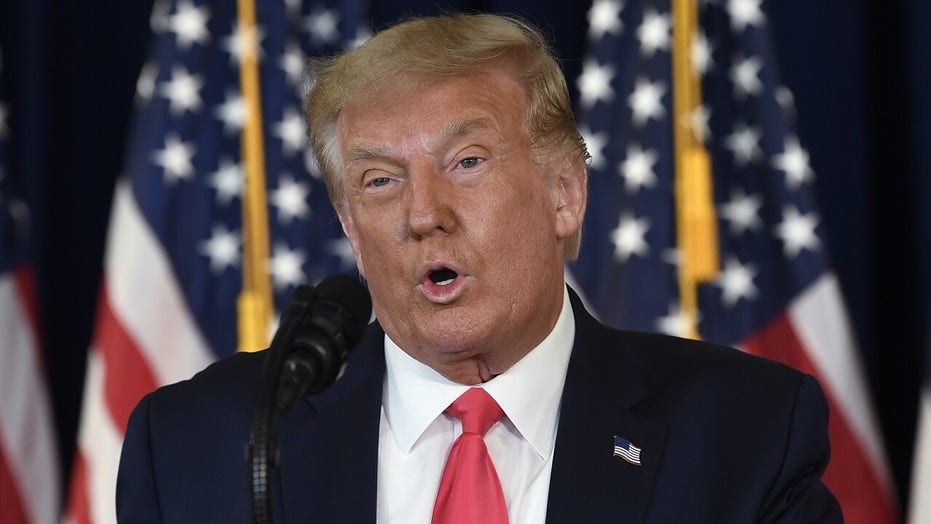 The White House says Democrats would hold up unemployment benefits if they stage a court challenge; Chad Pergram reports.

White House press secretary Kayleigh McEnany defended President Trump’s coronavirus-related executive actions Monday, saying they are “entirely within the executive capacity of the president” as Republicans and Democrats alike have cast the actions as unconstitutional.

The president, over the weekend, signed four executive actions to provide financial relief for Americans amid the coronavirus pandemic, as negotiations for a fourth stimulus package on Capitol Hill reached a stalemate.

"What we are doing is entirely within the executive capacity of the president," McEnany said, citing each order, and federal statutes that support the claim.

Trump's executive actions included $400 per week in supplemental unemployment aid — a replacement of the program passed under the CARES Act earlier this year that gave unemployed people $600 a week until the federal program expired at the end of July.

The action would require states to pay for 25% of the $400 weekly benefit, while the federal government would pick up 75%.

For the student loan executive order, McEnany referred to a 2003 statute that authorizes the education secretary to “waive or modify” regulations to ensure individuals who have been affected by a designated disaster are “not worse off financially,” and another from 1965 “giving broad authority” to the secretary.

As for unemployment benefits, McEnany cited a statute that says that the president “can provide assistance to people effected by a major disaster” after “a state applies for it.”

McEnany was asked whether the president could demand that a state pay 25% of the unemployment benefit.

“States can look to CARES Act funding as a way to bring that $100 forward,” she said, adding that the White House is looking for every “creative way possible to make sure this money gets to America’s workers.”

For the payroll tax, McEnany said there is a statute in U.S. code that allows the Treasury secretary to provide tax extensions for “up to a year,” while noting Treasury Secretary Steven Mnuchin already used this statute to support his move to extend the tax filing deadline from April 15 to July 15.

TRUMP NARROWS DOWN WHERE HE'LL GIVE CONVENTION SPEECH TO TWO LOCATIONS

“And evictions,” McEnany said. “The president instructed we should do everything within the capacity of the executive branch to protect from evictions.”

McEnany went on to say that school funding and a second round of direct stimulus payments to Americans are provisions the president supports, and is hoping congressional lawmakers and White House negotiators can reach a deal.

“We encourage Democrats to really negotiate in good faith,” she said. “So far, they have not done so.”

McEnany referenced Democrats’ proposal for $100 billion in educational funding, saying the White House came back with an offer of “$105 billion,” but that they were no longer willing to negotiate.

“They’ve been fundamentally unserious about each one of their offers in this negotiation,” she said.

Meanwhile, Schumer on Monday claimed that White House chief of staff Mark Meadows is to blame for a lack of a deal on the fourth package.

“We came up with a strong plan, but we even were willing because we so much want to get this done,” Schumer said. “We said to the president, to the president's negotiators last week, we'll meet you in the middle. We'll cut a trillion. You raise a trillion. You know what they said? Absolutely not. I said to them, you mean it's your way or the highway? And they said, yep.”

Talks had been stuck for weeks, with Democrats demanding more than $3 trillion in the relief bill while Republicans struggled to eventually coalesce around a $1 trillion proposal. Pelosi on Thursday proposed the parties each give $1 trillion and pass a $2 trillion proposal, but Treasury Secretary Steven Mnuchin said on Friday the idea was a “non-starter.”

Mnuchin on Monday said, though, that he believed Democrats could be willing to compromise.