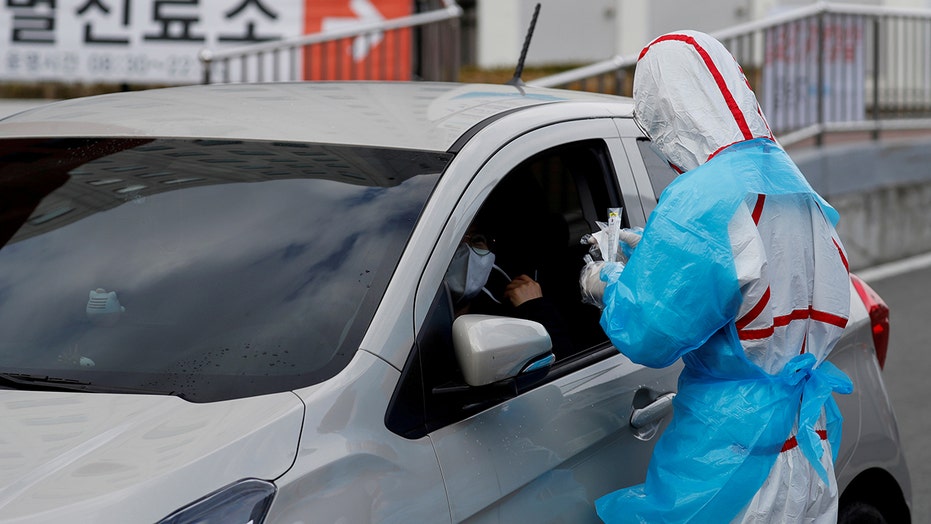 The White House updated its coronavirus testing guidelines Monday with an aim toward rapidly expanding testing capabilities as states look to reopening their economies and lifting stay-at-home orders.

Senior administration officials told Fox News that the U.S. will conduct many more tests throughout the months of May and June than they cumulatively have done so far.

FEDERAL GOVERNMENT TAKING STEPS WITH STATES TO RAMP UP TESTING

The goal is to set a minimum or “floor” of testing of at least two percent of a state’s population as it starts to reopen. If governors want to test more than two percent of their populations, the White House will work with them to increase capacity further.

The White House has aimed for states to have the capacity to test anyone showing symptoms, plus all first responders and medical personnel, as well as surveillance and sentinel testing among high-risk populations and people not showing symptoms.

President Trump noted Monday that testing capacity has been built up to 200,000 per day since last Wednesday.

How will it work?

The testing will be up to governors to administer, but the White House will ensure that states have enough swabs and testing kits to run the diagnostics.

Administration officials said states ultimately will be responsible for creating and carrying out testing plans, but they're confident governors are aware of the ramped-up testing guidelines and know how to access them.

A senior administration official argued that if states were to say they haven't received what they needed from the federal government, those claims would be false.

What about antibody testing?

The White House said it's working with researchers and diagnostics companies to develop a next generation of tests, particularly antibody testing, which could help understand the spread of the virus and identify those already infected. It's working to improve the accuracy and reliability of antibody tests to guard against false positives.

Georgia, Oklahoma and Alaska started loosening lockdown restrictions on businesses this past Friday, despite the White House’s recommendations for how soon states should get back up and running. Tennessee, Mississippi and Montana allowed some businesses to reopen Monday under new health guidelines.

Texas is set to allow some businesses to reopen Friday at a limited capacity. Many other states will allow elective surgeries and non-emergency medical procedures to begin again this week.