Hillary Clinton was tardy to the Democratic debate, and it did not go unnoticed.

After the first commercial break- almost an hour into the third Democratic debate on Saturday night, ABC returned with two candidates at the podium, Sern. Bernie Sanders and former Maryland Gov . Martin O'Malley. The former secretary of state was missing.

Rather than waiting, moderator David Muir moved forward, asking Sanders a question. Clinton came walking in, and said “sorry” into the microphone.

The reason why Clinton was late hasn’t been disclosed, but her calm apology was received with laughter and cheers by the audience.

In the first Democratic debate in October, Clinton was also late to return to the stage after a break, and said “You know, it does take me a little longer,” a comment referencing that it can take women longer to use the bathroom.

Some on Twitter blamed ABC for coming back from the commercial break too early.

Others said that the campaigns should have negotiated with the network to not return until all candidates were back on stage. 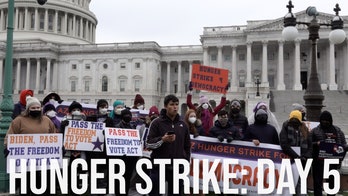 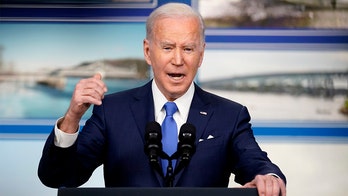