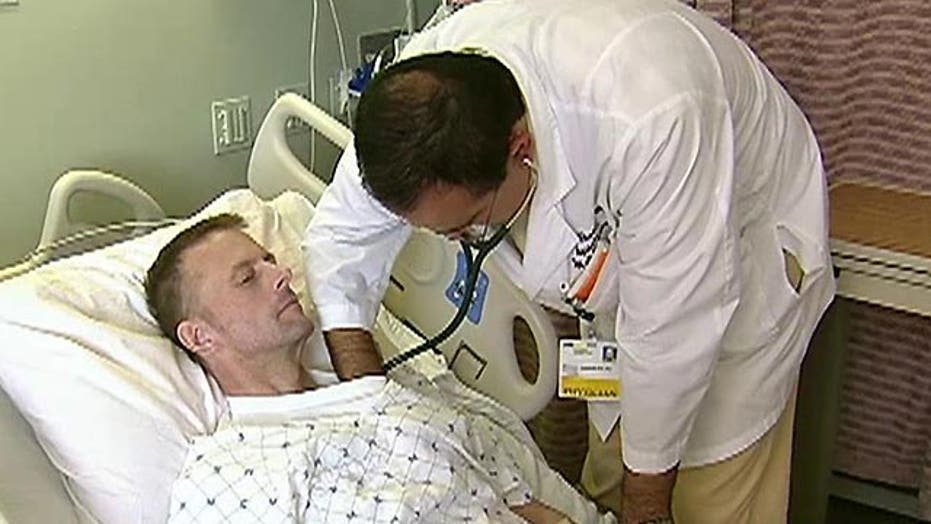 What will Republican-controlled Congress do with ObamaCare?

Now that the midterm elections – featuring ObamaCare as a key issue – are over, the big question is what’s next for the president’s health care plan.

But what? House Speaker John Boehner, R-Ohio, made clear the House will start with repeal and replace. "And so the House next year, I'm sure will move to repeal ObamaCare because it should be repealed," Boehner said recently. "It should be replaced with common sense reforms that respect the doctor-patient relationship."

Some analysts say a simple repeal would cause problems because it would take insurance away from 10-15 million people.

"So if you repeal it, you're going to have to replace it with something," Goodman said. "And repeal and replace is just another way of saying we're going to change ObamaCare into something different and better."

Jim Capretta of the Ethics and Public Policy Center added, "you need to not only say you're against the ACA ( Affordable Care Act), but you're going to need to have a replacement plan to show people you have a better way of providing people with health insurance coverage."

Many Republicans want a new plan to replace the current one. Most of them would include tax subsidies -- in one case, up to about $72,000 a year for a family of four, to buy any insurance plan they want without the restrictions of ObamaCare.

They would also guarantee coverage of pre-existing conditions, allow children under 26 to stay on their parents' plans, and scale back many of the taxes in ObamaCare.

But there's also bipartisan support to replace parts of the current law.

Just after the elections, Sen.Mitch McConnell, R-Ky., the presumed next Senate Majority Leader, said, "there are pieces of it that are deeply, deeply unpopular with the American people. The medical device tax, which has exported an enormous number of jobs. The loss of the 40-hour work week. Big, big mistake."

That is an issue also raised by unions, which complain that many employees are being shifted to less than 30 hours, so that employers are not required to provide insurance.

"A lot of employers reduce hours to avoid the mandate. A lot of them are outsourcing and using contract labor and temporary labor," Goodman said. "I think you might find a lot of support for simply getting rid of the employer mandate."

As for the medical device tax, 79 Senators from both parties are on record as opposing it, including key liberals.

Republicans also could act to guarantee that everyone who has an existing plan can keep it.

"I think that's the kind of thing that actually would be hard for many Democrats to oppose and resist because the president himself promised it,"Capretta noted.