We still don’t know if Democratic presidential nominee Joe Biden or President Trump will win the White House, but the biggest loser appears to be the polling industry.

For a second straight presidential election, Trump outperformed many of the public opinion surveys.

And this time around, it wasn’t just the state polls that were off the mark. So were an average of the national popular vote surveys.

But the national polls were actually close to the mark. An average of the final national surveys on the eve of the election that were compiled by Real Clear Politics indicated Democratic nominee Hillary Clinton with a 3.2 point edge. She ended up winning the national popular vote by 2.1 points over Trump. 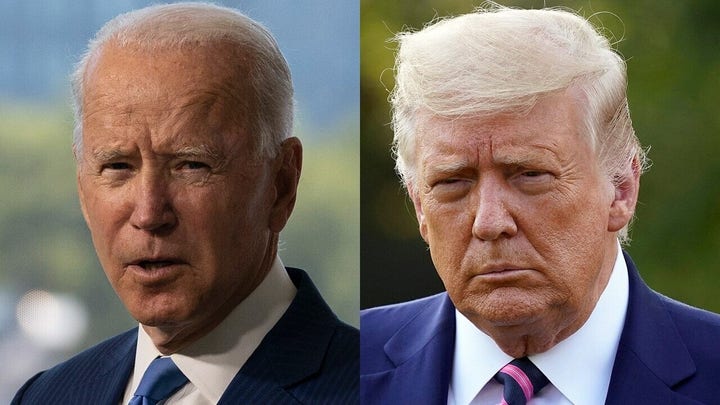 On the eve of Tuesday’s election, an average of the national surveys indicated Biden with a whopping 7.2 points. At last check on Wednesday morning Biden was edging Trump by just 1.6 points in the national popular vote.

The real polling story four years ago was in the battleground states that decided the White House winner.

Trump narrowly edged Clinton by razor thin margins in Michigan, Pennsylvania, and Wisconsin – states that public polling on the eve of the election showed Clinton with the lead. Trump also outperformed the public surveys in Ohio and Iowa.

Fast forward to present day and the president once again put many public pollsters to shame.

The president carried battleground Florida and its 29 electoral votes over Biden. At last check, his margin of victory stands at 3.4 points. But an average of the final public surveys on the eve of the election that was compiled by Real Clear Politics indicated the former vice president with .9 point edge.

Biden has a razor thin edge over Trump in Wisconsin, which had yet to be called as of early Wednesday morning. But an average of the public opinion surveys on the eve of Election Day pointed to a 6.7 point lead for the former vice president

Michigan’s also still up for grabs, with Biden holding the slight edge. But an average of the public opinion surveys on the eve of Election Day pointed to a 4.2 point lead.

So why did the public polls apparently once again underestimate Trump’s support?

“Trump voters are hostile to pollsters because they think the pollsters want to make them look bad.  They wear it as a badge of honor that they refuse to cooperate and refuse to be interviewed.  As a result, measuring the breadth of support for Donald Trump is tricky,” Luntz highlighted. “But to get it wrong twice in a row by huge margins is unforgivable.”

LUNTZ: IF TRUMP DEFIES THE POLLS AGAIN, 'MY PROFESSION IS DONE'

Veteran GOP pollster Neil Newhouse told Fox News that “there are a bunch of folks out there who don’t trust polls and therefore opt out of polls. They don’t want to disclose to others who they support.

“They believe that their responses will somehow be used against them or will be recorded someplace and attached to their name and specifically may not be comfortable telling someone else they are voting for Trump,” Newhouse, who served as 2012 GOP presidential nominee Mitt Romney’s pollster, highlighted.