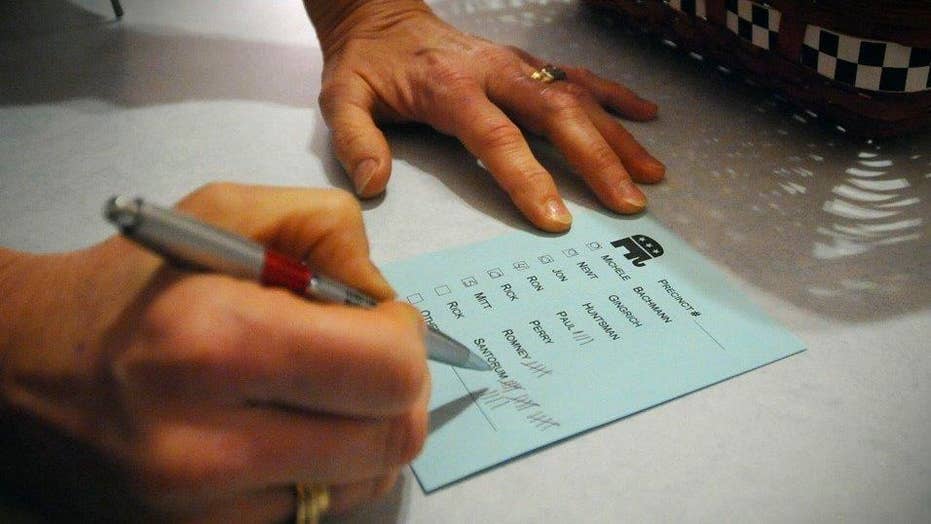 How does the Iowa caucus process work?

Iowa’s Democratic and Republican caucuses are the most hyped presidential contests in the country but also among the most confusing.

They essentially function like traditional party primaries because residents cast ballots, and the candidate with the most ballots wins.

However, residents simply don’t walk into a polling site to cast their ballot, then exit.

And the parties, which run the caucuses, have uniquely different processes amid some similarities.

The caucuses have been the first-in-the-nation balloting since the 1970s.

Caucus night 2016 is on Feb. 1. And the events will take place in 1,744 precincts across the state -- including churches, libraries and other smaller venues, starting at about 7 p.m. local time.

After arriving at a Democratic caucus site, participants essentially divide into groups based on their preferred candidate.

The top finishers often continue with their campaigns deep into the election cycle while those who finish at or near the bottomsometimes drop out soon, though that’s not always the case.

In 2008, then-Illinois Sen. Barack Obama won the Iowa Democratic caucus, held in early January, with a decisive 37 percent of the ballot, and eventually took the White House.

What’s new in 2016 is that Republicans have ended the so-called Iowa or Ames Straw Poll, an informal balloting event held roughly six months before the caucuses, following complaints that it was a bad indicator of the most electable candidates.

In addition, Iowa Democrats will have two additional ways to participate: satellite caucuses for party members who, for example, might have to work that night or are confined to a nursing home.

And active-duty members of the U.S. military or Iowa National Guard serving out of state can participate via a “TeleCaucus,” according to the Iowa Democratic Party.