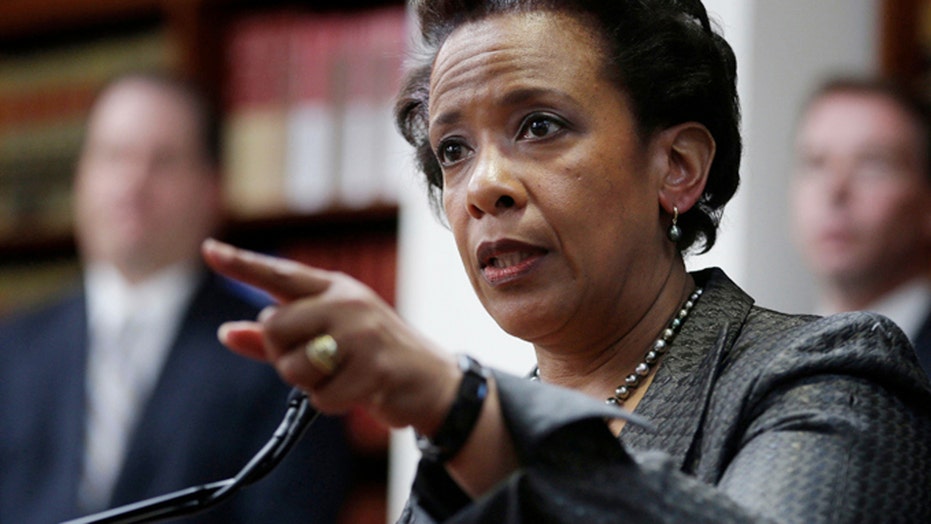 Greta: I got hoodwinked by the new attorney general

Greta's 'Off the Record' comment to 'On the Record' viewers, 9/17/15: I praised Loretta Lynch for wanting to hold individuals instead of corporations accountable. Then, she cuts a deal with GM over flawed ignition switches

Greta Van Susteren went "Off the Record" to go after Attorney General Loretta Lynch for the DOJ's penalty against General Motors.

Earlier this week, the Justice Department announced a $900 million settlement over the automaker's defective ignition switches, which are blamed for the deaths of 124 people.

The feds also deferred prosecution of the company for three years and no individual employees were charged.

Preet Bharara, the United States attorney for the Southern District of New York, praised GM for cooperating with the investigation

"Good behavior after the fact does not absolve G.M. or any company of responsibility but companies should be encouraged to act as G.M. did here to help the truth come out faster," he said.

Some victims' family members were disappointed with the punishment, with one woman - whose daughter died in a 2006 crash - arguing that GM's executives "knew what they were doing and they kept doing it."

Van Susteren questioned why no GM executives are facing prosecution, arguing that the decision is contrary to a memo issued last week by Lynch.

The memo explained that the DOJ would seek to hold individuals responsible for corporate wrongdoing, rather than the company at large.

Bharara said he would not rule out individual prosecutions in the future, but Van Susteren she "doesn't buy that for a second."

"It gets more disgusting. Guess who's paying that $900 million? Not the corporate executives who did this crime, but GM's shareholders. That may be you. The system is so rigged against you. And Madam Attorney General, wow! You sold us out fast," said Van Susteren, adding that she feels "hoodwinked" by Lynch.

Watch the commentary above.