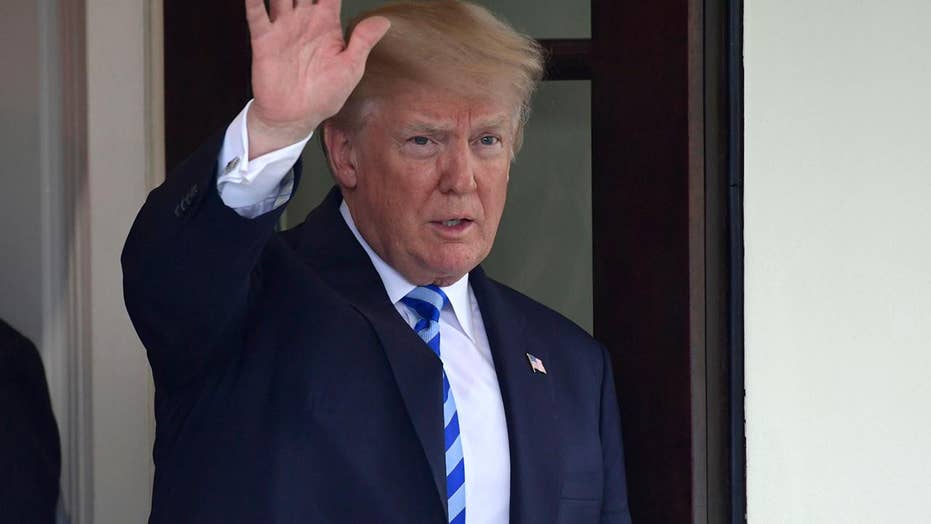 Trump demands that the DOJ look into reports of informant

President Trump tweets that he demands that the DOJ look into whether or not the Trump campaign was infiltrated or surveilled; talk radio host Tony Katz reacts.

Revelations that an FBI informant was in contact with members of the Trump campaign during the 2016 presidential election have opened the door to a cascade of new details about those communications, emboldening Republican demands for a full accounting of how the Russia investigation began.

“If they had spies in my campaign ... for political purposes, that would be unprecedented,” President Trump said during an Oval Office meeting with South Korean President Moon Jae-in Tuesday, calling it a “disgrace.”

“I hope there weren’t,” Trump added. “[If there were], it would make every political event ever before look like small potatoes.”

The latest detail emerged overnight when former Trump campaign adviser Michael Caputo revealed to Fox News there might be at least two informants -- saying he, too, was approached. 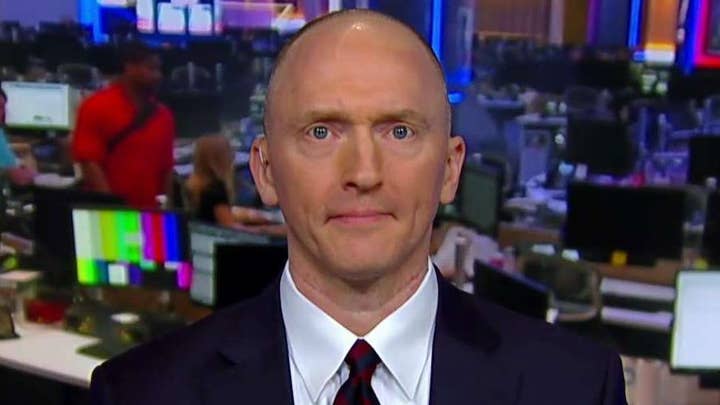 Caputo added: “I know because they came at me. And I’m looking for clearance from my attorney to reveal this to the public. This is just the beginning.”

He claimed that when the truth comes out, "Director Clapper and the rest of them will be wearing some orange suits," referring to former Director of National Intelligence James Clapper.

Caputo did not immediately respond to Fox News’ request for comment on Tuesday.

Fox News also has confirmed that the original reported informant was in communication with at least three campaign officials. 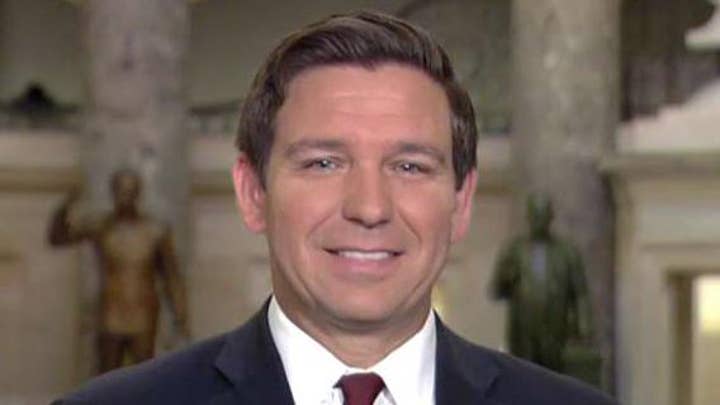 The source told Fox News that Clovis received a follow-up email from the individual in the months before the election with research material on China, and another email on the day after the election congratulating the campaign.

Lawyers for Papadopoulos did not respond to Fox News’ request for comment.

The new revelations have renewed Republican calls for a second special counsel.

On Tuesday, GOP Reps. Lee Zeldin, Ron DeSantis, Mark Meadows, Jim Jordan, Matt Gaetz and other members of Congress are expected to announce a resolution detailing misconduct at the highest levels of the Justice Department and the FBI regarding Foreign Intelligence Surveillance Act (FISA) abuse, the end of the Hillary Clinton email probe, and the beginning of the Trump-Russia investigation. The 12-page resolution will also call for the appointment of another special counsel.

Among other claims, the resolution says the "DOJ, FBI, or both appear to have planted at least one person into Donald Trump’s Presidential campaign." The FBI was led at the time by James Comey.

“I don’t think the Justice Department is going to be able to investigate themselves,” DeSantis, R-Fla., said on “Fox & Friends” Tuesday. “I think they’ve resisted our inquiries here in Congress for long enough and so it’s time that we did have a special counsel.”

President Trump demanded an investigation on Sunday, following initial reports that an informant had contacts with members of his campaign. The Justice Department then directed that Inspector General Michael Horowitz investigate whether agents surveilled the campaign for political purposes, and whether any such demands came from the Obama administration.

Despite that probe, DeSantis said there is still a need for a special counsel, as an inspector general does not have subpoena power and cannot prosecute.

“The inspector general can [investigate] … I don’t think it’s mutually exclusive, but we in Congress need the information and you also need the special counsel,” DeSantis said.

On Monday, the president met with Deputy Attorney General Rod Rosenstein and FBI Director Christopher Wray to discuss the expansion of the inspector general’s investigation to include “irregularities” with the FBI or DOJ’s “tactics concerning the Trump campaign.”

White House Press Secretary Sarah Sanders also said that during the meeting, the three agreed that White House Chief of Staff John Kelly would “immediately set up a meeting with the FBI, DOJ, and DNI together with congressional leaders to review highly classified and other information they have requested.”

DeSantis applauded the president for holding the meeting, and said, “I think John Kelly will be able to get these guys in line.”

A source told Fox News that meeting could take place as early as Tuesday afternoon, but the details are unclear.