Rep. Maxine Waters, D-Calif., appeared to shake off comments by the judge in the Derek Chauvin murder trial who said her "confrontational" remarks during a weekend protest in Minnesota could result in "this whole trial being overturned."

Judge Peter Cahill was asked by Eric Nelson, the defense attorney, to declare a mistrial due to prosecutorial misconduct and Waters’ comments at a Brooklyn Center protest on Saturday night.

Nelson told the court that there is a "high probability" that jurors will see Waters’ comments. Cahill denied the request.

"I'll give you that Congresswoman Waters may have given you something on appeal that may result in this whole trial being overturned," Cahill said. 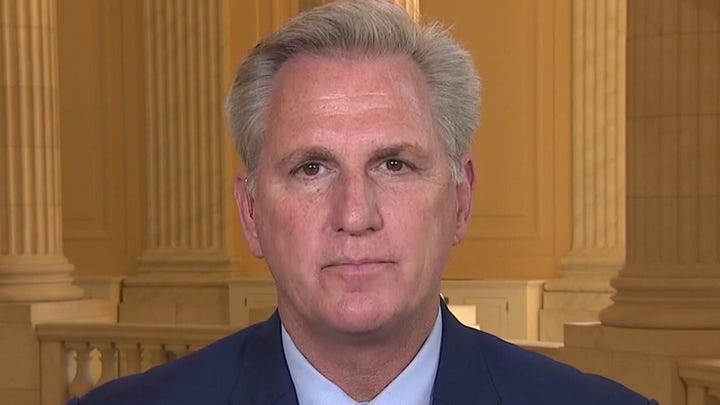 Cahill called it "disrespectful to the rule of law and to the judicial branch" for elected officials to comment on the outcome of the case.

"Their failure to do so, I think, is abhorrent, he said. "But I don’t think it has prejudiced us with additional material that would prejudice this jury. They have been told not to watch the news. I trust they are following those instructions."

Waters was asked about the judge’s comment on Monday and said, "The judge says my words don’t matter."

Her office did not immediately respond to an after-hours email from Fox News seeking comment.

Waters has been criticized by Republicans who called her comment reckless. Sen. Ted Cruz, R-Texas, took to Twitter on Sunday, saying, "Democrats actively encouraging riots & violence," Cruz tweeted with a link to a story about the California Democrat’s comments. "They want to tear us apart."

Fox News’ Chad Pergram reported that some Democrats are not pleased that House Speaker Nancy Pelosi defended Waters, saying she should not apologize.

He reported that some Democrats could support what one lawmaker termed a "reasonably worded" censure resolution to rebuke Waters.