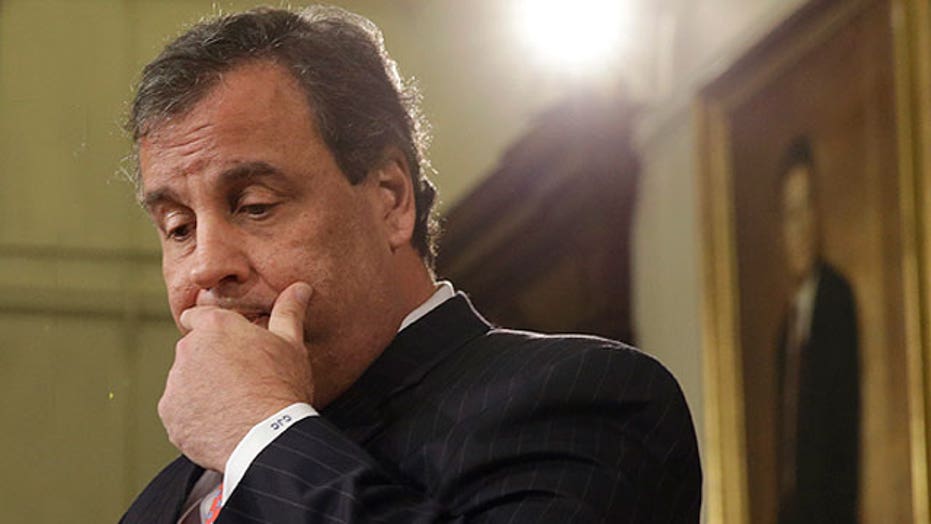 One thing we've learned about Chris Christie in the four years he's been New Jersey's governor is that he can take a punch.

And that trait stood him well Thursday morning when he faced reporters to take blame and apologize for the actions of one of his top aides and others, who engineered a crippling lane closure at the George Washington Bridge in Fort Lee -- one of New York City's busiest entry points -- as Jersey-style revenge for the town's mayor not backing Christie's re-election bid.

Christie, who for months had adamantly denied that politics were behind the closures, claimed he was "betrayed" by, among others, Deputy Chief of Staff Bridget Anne Kelly, whom he fired. He said he only learned the truth on Wednesday morning after he got word that newspapers had published damning emails detailing the revenge plot, which he described as "abject stupidity."

The controversy unquestionably is a blow to Christie, who has cultivated an image as a no-nonsense executive with a tough streak, but also a flair for bipartisan cooperation -- an East Coast maverick, of sorts. As he ponders a White House run in 2016, this once-local controversy threatens to follow him should he enter that race.

But while Christie takes his licks in the press, and from Democrats, he appears to be moving aggressively to contain it. He fired the deputy chief of staff who was shown scheming in newly published emails. He also sidelined his former campaign manager, and says he'll continue to investigate.

Strategists say that while the scandal is damaging, Christie can recover -- provided he's telling the truth that he was not involved. His test, they say, will be in rooting out the bad seeds, and doing it publicly.

"He needs to turn that famous Christie temper to the job of cleaning house," said Eric Fehrnstrom, a Republican strategist and long-time adviser to former presidential candidate Mitt Romney. "This incident has provoked a lot of anger from a lot of people. ... Christie has to demonstrate that he's the angriest guy in the room."

That's not to minimize the impact of this controversy. "You can't sugarcoat this type of incident," Fehrnstrom said. "It's a political disaster."

Already, Democrats are seizing on the incident as a chink in his image. And Fehrnstrom noted that in a state largely dominated by Democrats, the inquiries into what happened in Fort Lee, N.J., will drag on for a while. The U.S. attorney's office in New Jersey confirmed Thursday that it is launching a review to see if federal laws were "implicated."

Republican strategist Brad Blakeman, though, said without a "smoking gun" that directly ties Christie to the scandal, this episode could in time fade for voters outside the New York-New Jersey metropolitan area.

Further, he said, Christie could even turn the controversy "into a plus."

"He can point to the fact when people acted below the standards ... he took swift and immediate action, unlike Obama who promotes people," he said.

Amid high-profile scandals at the federal level, that aspect was not lost on some, albeit conservative, observers. Jenny Beth Martin, co-founder of Tea Party Patriots, said "time will tell" whether Christie's actions are enough but added: "We're still waiting for President Obama to hold anyone accountable" for controversies over the IRS and ObamaCare.

Rep. Michael Grimm, R-N.Y., who fought alongside Christie in 2012 for federal aid after Superstorm Sandy, said in a statement that Christie is a man of "unquestionable honor" and called his response to the controversy "both uncommon and refreshing."

Democrats were not so impressed.

Democratic National Committee spokesman Mo Elleithee accused Christie of trying to make himself out "to be the victim" in all this.

"Chris Christie is not the victim. The people of New Jersey who trusted him are," he said in a statement. "He didn't take 'swift action.' He ignored questions and responsibility for more than 120 days, until his administration was finally caught red-handed. ... And it's clear that Chris Christie absolutely created and fostered a culture in his office where this type of conduct was considered appropriate."

During a press conference that often turned to the topic of Christie's emotional state, the governor repeatedly said he was "sad" and "heartbroken" and "sick over this." He claimed he was deceived by staff who declined to tell him the back-story behind last September's controversial lane closures.

"I am soul-searching on this," Christie said. But he stressed that this incident is the "exception, not the rule."

As for his 2016 aspirations, Christie gave the usual response: He's "nowhere near beginning that consideration process."

Christie said he first learned about what happened when he read the news Wednesday morning.

The reports in The New York Times and Bergen County Record detailed emails that were exchanged pertaining to the incident last September, when lanes at the George Washington Bridge from Fort Lee, N.J., were closed for four days. They fueled accusations that the lanes were blocked in retaliation over Mayor Mark Sokolich's refusal to endorse him for re-election last November.

The emails show his deputy chief of staff suggesting closures to the Port Authority of New York and New Jersey two weeks before the incident.

The George Washington Bridge, which connects New Jersey and New York City, is one of the most heavily traveled commuter routes in the country. The closures in September caused massive gridlock, leaving commuters stuck in traffic for hours.

The central problem here, Fehrnstrom said, is that Christie's staff "was willing to sacrifice public safety to carry out an act of political revenge."

That, he explained, is what Christie must make up for.

"There's plenty of time between now and 2016, but he needs to carry out that very thorough housecleaning."