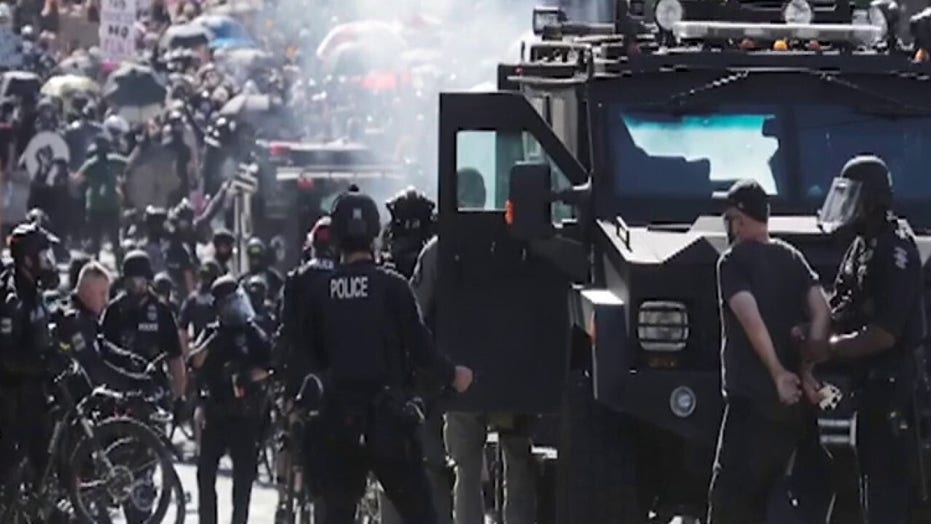 Authorities in Washington state are preparing for the possibility of civil unrest that could arise around Election Day following months of tense protests, according to a report Sunday.

The prospect of a contested election and other political disputes could exacerbate existing tensions related to the coronavirus pandemic and months of protests against police brutality following the death of George Floyd while in Minneapolis police custody. In Washington, federal, state and local officials have already begun outlining plans to respond to potential unrest on Election Day, the Seattle Times reported.

About 300 active-duty members of the Washington National Guard have received “Military Assistance for Civil Disturbance Training,” Washington military department spokesperson Karina Shagren told the newspaper. Since Washington Gov. Jay Inslee has not called on the National Guard to provide support, the training is a precautionary measure for now.

“This is merely a move to prepare because it’s the responsible thing to do,” Shagren said. “That’s our role, to be ready when needed, so it’s prudent to train our men and women in the event that they are needed.”

Some of the tensest protests in recent months have occurred in Seattle, where instances of violence and property damage unfolded alongside peaceful demonstrations. President Trump has routinely criticized state and city leaders for failing to address the unrest.

Inslee, a Democrat, activated the National Guard to assist police in Seattle during protests against police brutality and to aid the state’s response to the coronavirus pandemic.

So far, Inslee has declined to say whether he could call in the National Guard to assist on Election Day.

“We are considering a variety of ways, measures to make sure that we provide security, and I think we’ve got a good handle on that,” he said at a recent press conference.

While the FBI has not identified any specific, credible threats, one of the bureau’s top officials told the Seattle Times that the possibility of a delayed outcome to the 2020 election is a cause for concern, citing potential activity from both far-left and far-right groups.

Seattle is one of several major cities throughout the United States taking precautionary steps ahead of Election Day. Police in many cities are limiting time-off requests for officers in the lead up to the election.