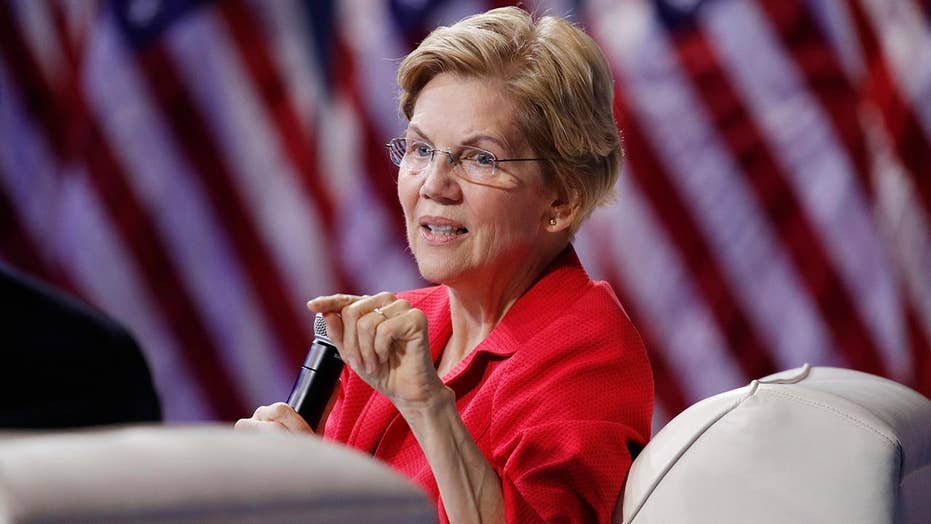 Elizabeth Warren criticized for discrepancies in her life story

Democratic presidential candidate Elizabeth Warren has made changes to parts of her biography; Peter Doocy reports from Des Moines, Iowa.

The announcement came in a campaign video posted to Twitter, which shows the Massachusetts senator visiting a neighborhood in southwest Detroit, often referred to as the most polluted area in Michigan, alongside Rep. Rashida Tlaib, D-Mich., who represents the district. In the clip, Warren speaks to community members about residents who have been diagnosed with cancer linked to exposure to toxins after years of living in the shadow of a massive oil refinery.

WARREN FACING SCRUTINY OVER CLAIM SHE WAS FIRED FOR BEING PREGNANT

In line with her overarching campaign to end corruption in Washington, Warren calls the pollution in these communities a result of “decades of discrimination and environmental racism,” saying it is “unacceptable and it must change.”

The plan, which has been posted to her website, builds upon policies covering everything from affordable housing to green manufacturing to clean energy. She stresses the need to build “strong, resilient communities” by doing more than just “cleaning up polluted neighborhoods and tweaking a few regulations at the EPA.”

According to the campaign, this would mean identifying the most at-risk communities and requiring all federal agencies to consider the climate impact of any proposed projects. Warren also calls for investing in the nation’s public water systems, ending the privatization of those systems and enforcing water quality standards.

The plan is vague on how exactly the $1 trillion would be spent, but also calls for grants to long-term residents of "redlined" communities that were once discriminated against financially "so that they can buy homes in the neighborhood of their choice and start to build wealth."

Warren's plan is one of many multitrillion-dollar commitments from the Democratic field that have raised questions over how they would be funded. Her climate policy claims that an added corporate profit tax, as well as reversing part of the Trump administration's tax cuts, would finance the programs.

WARREN SLIPS AHEAD OF BIDEN IN LATEST POLL

Warren also vows to get tough on polluting companies. This includes reinstituting the Superfund Waste Tax, which ensures hazardous waste sites are properly cleaned up and expired in 1995. “Polluters must pay for the consequences of their actions — not leave them for the communities to clean up. I’ll work with Congress to reinstate and then triple the Superfund tax, generating needed revenue to clean up the mess,” she says.

Warren’s environmental justice policy comes ahead of a campaign swing through South Carolina, California, and Nevada later in the week.