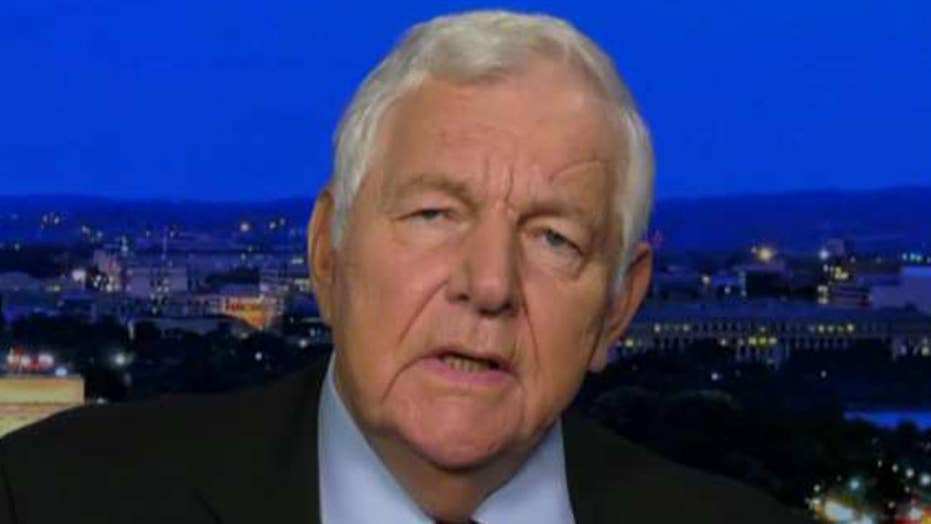 Fox News contributor Bill Bennett says the Democrat senator has done great damage to herself and the cause of identity politics.

Sen. Elizabeth Warren, D-Mass., on Sunday said that she took the DNA test that showed a relative six to 10 generations ago was Native American in an effort to rebuild "trust in the government" through transparency.

Warren said the comment during a tense debate with her Republican challenger for Senate in Massachusetts, state Rep. Geoff Diehl. Warren, 69, is running for her second six-year term in the Senate and is a potential 2020 candidate for president.

She said that trust in the government is at an all-time low and changed her mind about the test after saying no to being tested in March.

Warren shared the results last week with The Boston Globe. The results reveal “strong evidence” that Warren—who is called “Pocahontas” by President Trump -- had a Native American ancestor dating back six to 10 generations.

Warren’s decision to release the results was seen by some as counterproductive and self-serving during a tense mid-term election just days away.

Diehl appeared to try and use some of the backlash to try and chip away at her lead in the state.

"I don't care what percentage she claims to be Native American; I just care that I'm 100 percent for Massachusetts and will be working for the people of this state,” he said.