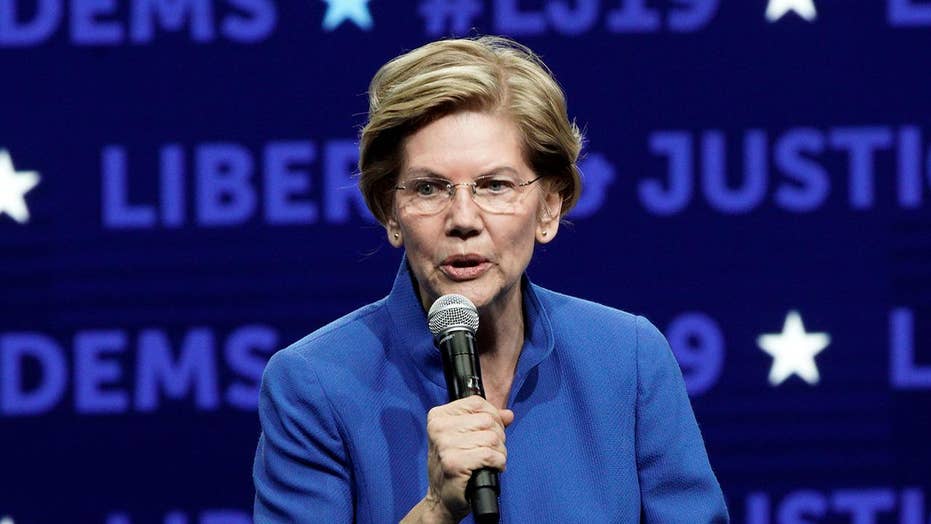 Sen. Elizabeth Warren, D-Mass., said Friday in Iowa that private health insurance workers who lose their jobs under her government-run health care plan could work for life or auto insurance firms instead.

The 2020 presidential hopeful was asked where those who work in health insurance would go when private insurance is eliminated under her expansive “Medicare-for-all” plan, released earlier Friday.

“So if you’ve had a chance to read the plan, you’ll see no one gets left behind,” she said.

Five years of "transition support” for displaced workers is built into the plan, Warren said.

“Because what this is about is how we strengthen America’s middle class, and how we make sure that in transitions no one gets left behind, she said. “It’s right there in the plan, and it’s fully paid for.”

Warren’s plan, first reported on by Fox News, is projected by the campaign to cost “just under $52 trillion” over the next decade, with the campaign proposing a host of tax increases to pay for it while still claiming the middle class would not face any additional burden. 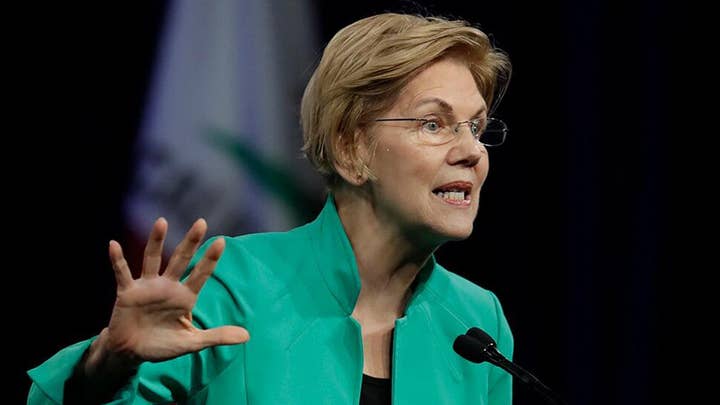 “We don’t need to raise taxes on the middle class by one penny to finance Medicare for All,” Warren said in the plan.

The plan was immediately hammered by both Republicans and her Democratic rivals in the 2020 primary. Former Vice President Joe Biden’s campaign said the "unrealistic plan" leaves only two options: "even further increase taxes on the middle class or break her commitment to these promised benefits."

"The mathematical gymnastics in this plan are all geared toward hiding a simple truth from voters: It's impossible to pay for Medicare for All without middle class tax increases," Biden deputy campaign manager Kate Bedingfield said in a statement.

Some Republicans were more blunt in their criticism.

But in addition to concerns about costs, the proposed shift to a government-run system has raised concerns about the impact on the health care industry.

According to The Wall Street Journal, independent estimates have predicted that 2 million people would lose their jobs as the private health insurance industry collapses and providers need fewer people to manage billing.