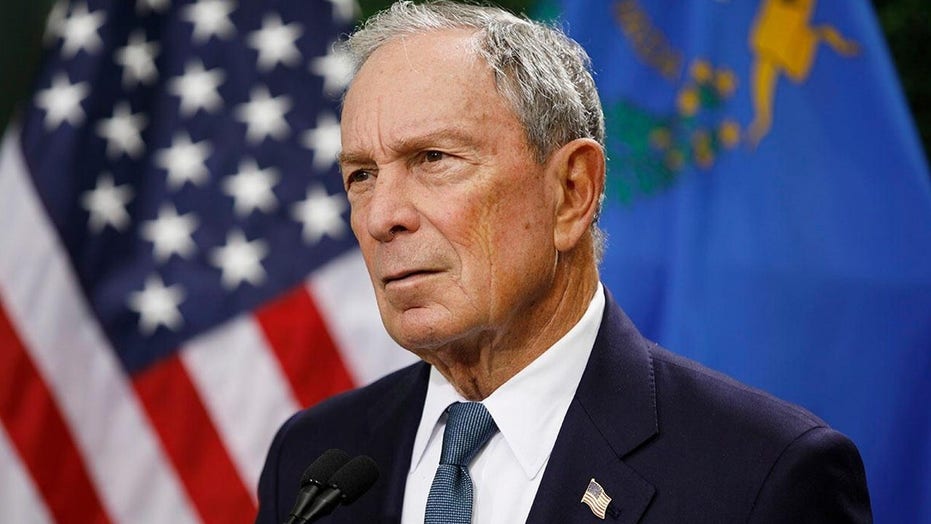 Warren accused Bloomberg of buying his way onto the debate stage in Nevada Wednesday where his Democratic rivals are expected to welcome him to the race like a human pinata.

"It’s a shame Mike Bloomberg can buy his way into the debate," Warren, D-Mass., tweeted. "But at least now primary voters curious about how each candidate will take on Donald Trump can get a live demonstration of how we each take on an egomaniac billionaire."

Sanders and Warren have run on a message of taking power away from the nation's wealthiest 1 percent and changing the political system to work for the working class. They've prioritized funding from small-dollar donors and blasted Bloomberg for using his vast wealth to buy the election.

WHERE DOES MICHAEL BLOOMBERG STAND ON THE ISSUES

Bloomberg, however, has been going on offense as well and is preparing for the incoming.

"Our campaign is seeing a groundswell of support across the country, and qualifying for the Feb. 19 debate is the latest sign that Mike’s plan and ability to defeat Donald Trump is resonating with more and more Americans," campaign manager Kevin Sheekey said Tuesday morning. "Mike is looking forward to joining the other Democratic candidates on stage and making the case for why he's the best candidate to defeat Donald Trump and unite the country."

Bloomberg is skipping the first four primary and caucus states – Iowa, New Hampshire, Nevada and South Carolina – to focus on saturating Super Tuesday states with ads and to campaign in the 14 states that will vote on that day while other candidates are grinding it out in the early contests. This strategy has allowed him to pass other candidates in national polls despite their strong showings in Iowa and New Hampshire.

Previously, one of the criteria for candidates to get on the debate stage was their number of donors, but in late January the Democratic National Committee changed that rule for the Nevada debate, opening the door for Bloomberg to qualify. That decision drew criticism from his Democratic competitors, who have previously characterized Bloomberg as trying to buy the presidency.