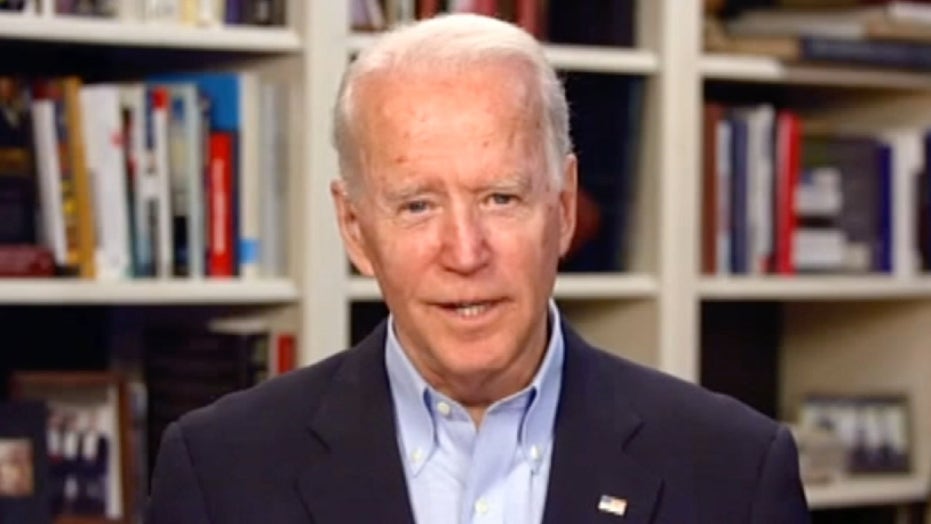 Sen. Elizabeth Warren on Wednesday endorsed Joe Biden for president more than a month after ending her own presidential bid, becoming the latest prominent Democrat to fall in line behind the presumptive nominee in a bid to show unity.

"In this moment of crisis, it’s more important than ever that the next president restores Americans’ faith in good, effective government—and I’ve seen Joe Biden help our nation rebuild. Today, I’m proud to endorse," she tweeted, along with a video.

The Massachusetts senator had withheld an endorsement ever since ending her campaign in early March, even as the race narrowed to essentially a contest between Biden and Sen. Bernie Sanders. But with Sanders dropping out last week, Biden became the presumptive nominee.

The populist senator with a plethora of progressive policy plans ended her White House bid on March 5, two days after she came in a disappointing third in the primary in her home state of Massachusetts.

Biden instantly praised Warren after she ended her White House bid, tweeting at the time that "Senator @EWarren is the fiercest of fighters for middle class families. Her work in Washington, in Massachusetts, and on the campaign trail has made a real difference in people's lives. We needed her voice in this race, and we need her continued work in the Senate."

Since then, Biden’s repeatedly praised the senator and in a telling moment last month, embraced the senator’s signature proposal to reform bankruptcy rules.

After Warren's Wednesday endorsement, Biden took to Twitter to thank her and showcase one of her trademark campaign lines.

"We are in a battle for the soul of this nation and I’m proud to have the fiercest of fighters, Senator @EWarren, on my side. With her help, we’re going to beat Donald Trump and create a government that works for everyone — not just the wealthy and well-connected. Let’s do this," Biden tweeted.

In her video, Warren noted that Biden "has shown throughout this campaign that when you come up with new facts or a good argument, he's not too afraid or too proud to be persuaded"

She also highlighted one of the former vice president's strengths -- empathy.

"Empathy matters and in this moment of crisis it is more important than ever that the next president restores Americans’ faith in good, effective government," Warren said of her former rival. "He knows that a government run with integrity, competence, and heart will save lives and save livelihoods."

And she recalled that "I’ve seen the vice president help a community heal."

Pointing to Biden's speech on the one-year anniversary of the Boston Marathon bombing terrorist attack, she noted that "people who’ve been hurt. People who were afraid. He gave them peace and he gave them grace."

Warren and Biden clashed repeatedly on stage at the Democratic primary debates, over sharp differences on health care reform and over who deserved credit for congressional passage of the Consumer Financial Protection Bureau.

But on Wednesday she said "when you disagree, he'll listen -- not just listen, but really hear you. And treat you with respect, no matter where you're coming from."

Warren – who was a co-front-runner with Biden for the nomination late last summer and early autumn – saw her fortunes wane after intense scrutiny from the media and incoming fire at the debates from her rivals over her record and her explanations on how she would implement and pay for her proposals for a government-run single-payer "Medicare-for-all" health care system.

Her downward spiral intensified in February, after a very disappointing fourth-place finish in neighboring New Hampshire, followed by distant finishes in Nevada’s caucuses and the primary in South Carolina. Three days later, she failed to win any of the 14 contests that were held on Super Tuesday. Two days later, she dropped out of the race.

The endorsements of Warren and Sanders, the two progressive champions, along with the backing of Obama -- who remains extremely popular among Democrats -- will likely help Biden as he attempts to unify the Democratic Party while challenging President Trump in the general election.

And Biden on Wednesday also won the endorsement of Sen. Tammy Baldwin. The Wisconsin Democrat is one of the most liberal lawmakers in the Senate.

Touting his "steady hand' and adding that "he gets it and he gets us," Baldwin said.

And she highlighted that "the road to the White House goes right through Wisconsin and I'm going to do everything I can to make sure Joe Biden wins here in November."

Democrats are working to avoid a replay of 2016 when following a bitter primary battle, plenty of Sanders supporters refused to vote for presidential nominee Hillary Clinton, which contributed to Trump's upset victory in the general election.