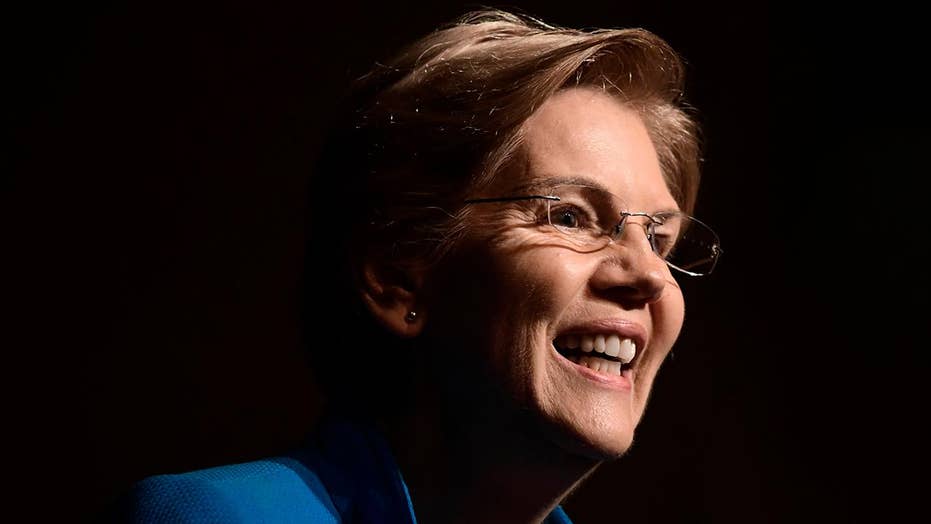 Sen. Elizabeth Warren had hoped to spend this week building up toward Saturday’s formal launch of her presidential campaign.

But those plans went awry by Tuesday, courtesy of yet another development in the long-running controversy over her claims of Native American heritage, with the publication of a 1986 Texas bar registration card showing her – in her own handwriting – identifying as “American Indian.”

The development comes as the increasingly competitive Democratic 2020 field is expected to grow even larger, with Sen. Amy Klobuchar of Minnesota possibly joining on Sunday. And despite a quick apology by Warren, the latest twist showed once again how the simmering heritage controversy is proving extremely difficult for Warren to push past.

Some Democratic politicians and pundits say it could continue to upstage the Massachusetts senator in the weeks ahead. 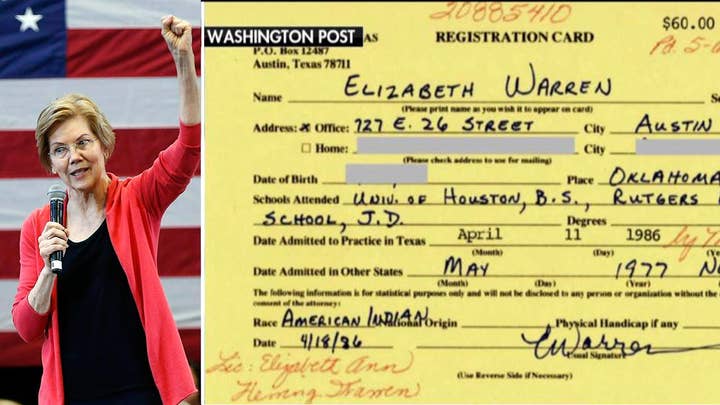 “I think it’s something that just keeps her off message and anytime you can’t talk about what you want to talk about, that doesn’t help,” added Shurtleff, one of the top elected Democrats in the first-in-the-nation primary state, considered a ‘must win’ for the senator from neighboring Massachusetts.

The registration card was first reported by The Washington Post. Fox News has verified the existence of the document, the first known instance of Warren claiming Native American ancestry on an official document.

The report added fuel to the controversy over the native from Oklahoma’s claims of Native American heritage. And it could offer more ammunition to President Trump and other Republicans, who have frequently attacked the senator, charging that the longtime law professor used the ancestry to bolster her academic career – something she denies.

Warren apologized, telling the Post, “I am sorry for furthering confusion on tribal sovereignty and tribal citizenship and harm that resulted.”

Warren also apologized last Friday to the Cherokee Nation for revealing the results of a DNA test last autumn to try and prove her Native American heritage. Not only did the evidence show just a trace amount of Native American lineage, it also angered tribal leaders.

On Wednesday, Warren told Fox News and the Concord Monitor that “I had a very good conversation last week with Chief Baker of the Cherokee Tribe. I told him I was sorry for furthering confusion over tribal citizenship and tribal sovereignty and for harm caused.”

The senator also spotlighted her commitment to fighting on behalf of Native Americans.

“I’m not a tribal citizen but I want to be a good friend to the tribes. That’s why I work on the housing bill that helps fully fund housing on tribal reservations and why my opioid bill acknowledges the importance of tribal sovereignty and dealing with the problem of addiction on the front lines where the tribes are. I will continue to work with the tribes. I think it’s important for the country,” she emphasized.

Mo Elleithee, the founding executive director of Georgetown University's Institute of Politics and Public Service and a Fox News contributor, said the latest development is “something that she’s going to have to deal with, but it’s certainly not disqualifying.”

“If you’re already predisposed to dislike her because of the last time this came up, then this is just going to reinforce that. If you gave her a pass on the last one, you’re probably going to give her a pass on this one,” added Elleithee, a senior spokesman for Hillary Clinton’s 2008 presidential campaign who later served as communications director for the Democratic National Committee. 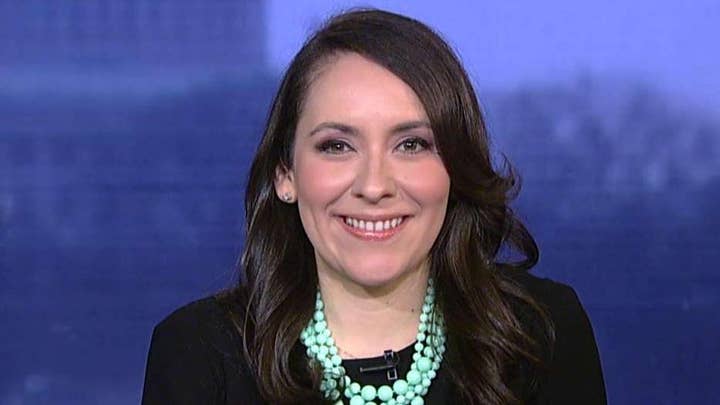 Republicans are doing just that.

Soon after the story broke Tuesday night, Republican National Committee spokesman Mike Reed charged that Warren “issued a politically opportunistic apology that doesn’t go nearly far enough. Warren pretended to be a minority to climb the Ivy League ladder – a lie that will continue to haunt her presidential ambitions.”

On Wednesday, the RNC filed a grievance against Warren with the State Bar of Texas, urging that disciplinary action be taken against Warren “for lying and failing to correct a misrepresentation she made on her Texas Bar registration card where she identified as ‘American Indian.’”

Warren, who was born and grew up in Oklahoma, had for decades claimed to have Native American heritage. But it wasn’t until her successful 2012 campaign for the U.S. Senate in Massachusetts that she revealed she had claimed minority status at universities where she worked. The controversy became an issue in her race against Republican incumbent Scott Brown.

Colin Reed, a veteran Republican strategist who served as executive director at the conservative opposition research shop America Rising during the 2016 cycle, worked on Brown’s 2012 showdown with Warren. He called the latest news “a major development.”

“This is the Washington Post. So it will be difficult for Warren or her supporters to dismiss this as opposition research. This is reporting,” he added.

Reed said Republicans should make their attacks “about character, about why her story continues to change.”

But he added that more interesting is “if and when her Democratic opponents decide to weaponize this.”

In New Hampshire, where Warren is headed on Saturday immediately after formally declaring her candidacy, Democratic state Rep. Debra Altschiller called the latest news regarding Warren an “obstacle to overcome. People are going to pull up everything from everybody’s past and she’s probably going to get over it. It’s a speed bump. It’s not a deal breaker.”

The 1992 New Hampshire Democratic gubernatorial nominee highlighted that “this drip, drip, drip is not good politics.”

“Either you do a dump or you don’t do a dump. I think part of the problem is she probably forgot. But here’s the other problem. When you’re running for president and you know this is an issue for you, you have investigators investigate you. All politicians do that. I did that,” she explained.