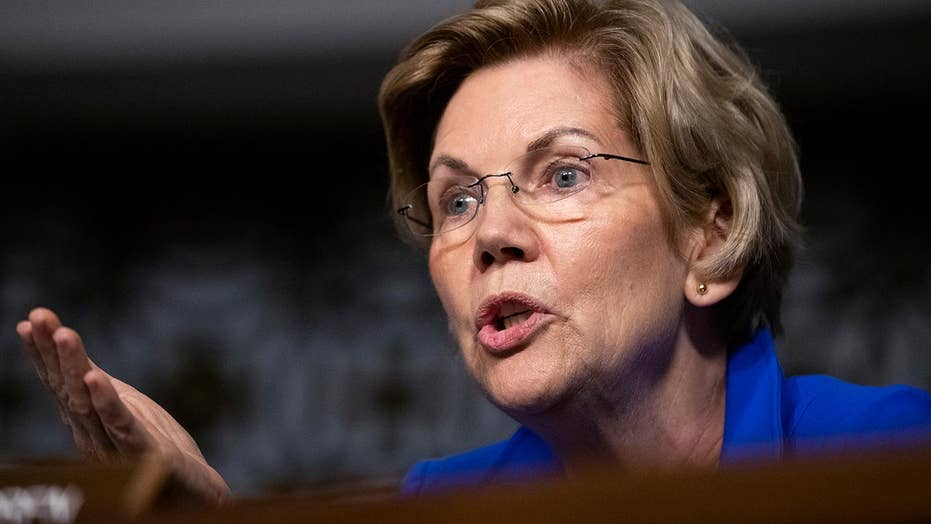 Hours ealier, Trump posted a series of tweets calling Cummings a “brutal bully” and described the lawmaker’s urban and suburban district in and around Baltimore as a “disgusting, rat and rodent infested mess.”

The senator from Massachusetts - one of the top-tier contenders for the Democratic presidential nomination - fired back at the president in an interview with Fox News and the Concord Monitor during a campaign stop in the first-in-the-nation presidential primary state of New Hampshire.

“The president’s tweets are ugly and racist and they are part of his overall pattern of trying to stir up as much hatred and dissension in America as possible,” Warren stressed.

The president accused Cummings, who is black, of "shouting and screaming at the great men & women of Border Patrol about conditions at the Southern Border, when actually his Baltimore district is FAR WORSE and more dangerous.”

Trump was apparently referring to Cummings' questioning of border officials in his role as chairman of the House Oversight Committee. Earlier this month, the chairman yelled at acting Homeland Security chief Kevin McAleenan for saying the department was doing its “level best” when it comes to the humanitarian crisis at the border.

Warren’s swing through New Hampshire came one day after both members of the Granite State's U.S. House delegation – Democratic Reps. Annie Kuster and Chris Pappas – came out in favor of beginning an impeachment inquiry against the president for obstruction of justice.

Warren, who was one of the first of the 2020 Democratic contenders to call for the House to begin impeachment proceedings, argued that former special counsel Robert Mueller’s long-awaited testimony in front of Congress on Wednesday strengthened the Democrats push for impeachment.

Asked if Mueller made the case during the hearings, Warren quickly answered that “he already made it in writing. 448 pages. And he said nothing in that hearing that undercut or contradicted any part of his report. In fact, at various points, he strengthened it.”

“On the question of whether or not Trump would face criminal liability if he were not president, or once he is not president, Mueller seemed to move over that line. And that is the case. When you read the whole section on obstruction of justice, it’s clear that if he [Trump] were not president of the United States, he would have been hauled out in handcuffs,” she added.

“Mine is not to criticize other Democrats,” Warren said.