Presidential hopeful Sen. Elizabeth Warren, D-Mass., said Wednesday that she agrees with a University of Massachusetts-Amherst economist who concluded a Medicare-for-All health care plan could result in substantial job losses, calling it "part of the cost issue."

Robert Pollin of UMass' Political Economy Research Institute told Kaiser Health News earlier this year that most of the roughly 2 million estimated job losses would hit administrative positions -- about half among insurers and half in hospitals and doctors' offices.

Warren was made aware of Pollin's conclusions during an interview with New Hampshire Public Radio.

“So, I agree," replied Warren. "I think this is part of the cost issue and should be part of a cost plan.

"Although do recognize on this what we're talking about, and that is in effect, how much of our health care dollars have not gone to health care?" she added.

Pollin said supporters of the ambitious health care overhaul would have to think about a "just transition" and what "it would look like" when implemented.

Medicare-for-All has become a point of contention among Democrats vying for the White House. Warren has come pressure from her presidential rivals to explain how she would raise the necessary $30 trillion over 10 years to fund the plan.

She failed to answer whether middle-class taxes would increase under her plan during this month's Democratic debate in Ohio and has side-stepped similar questions on the campaign trail. 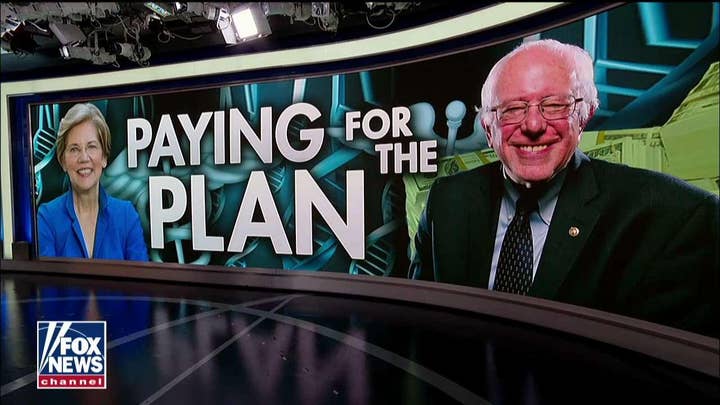 A bipartisan study indicates it will be impossible to finance Warren's plan using only taxes on the wealthiest Americans.

Sen. Bernie Sanders, I-Vt., has said taxes will increase “for virtually everybody" but will ultimately cost less than what workers are currently paying "for premiums and out-of-pocket expenses."