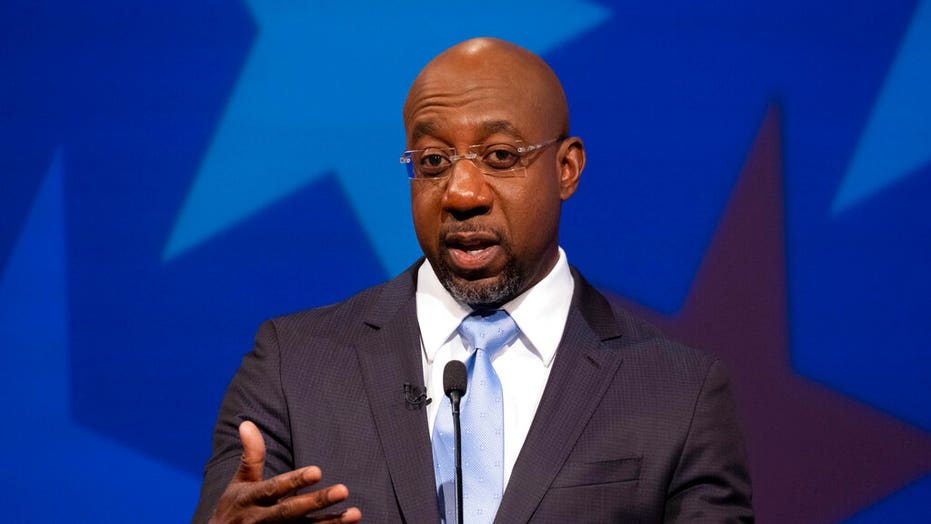 After a Senate candidate in Georgia backtracked on his harsh criticism of Israel’s treatment of Palestinians Tuesday, another clip surfaced in which he used controversial language to describe Mideast tensions.

In a 2016 sermon, the Rev. Raphael Warnock, a Democrat, criticized Israeli Prime Minister Benjamin Netanyahu’s opposition to a two-state solution for peace in the region.

He went on to argue that there could be no democracy in Israel without a two-state solution because of the disenfranchisement of Arab voters.

“If you don’t have a Palestinian state, you cannot have a Jewish democracy,” he said. “That state will either be Jewish, or it will be a democracy. It cannot be both.”

He continued, “If you do not have a Palestinian state, you will have to have apartheid in Israel that denies other citizens, sisters and brothers, citizenship.”

A spokesman for the Warnock campaign reiterated the candidate’s backtracking from the apartheid remarks Wednesday night.

“As Reverend Warnock has said and said again yesterday, he does not believe Israel is an apartheid state,” he told Fox News Wednesday night.

The Democratic candidate announced he received the endorsement of the Democratic Majority for Israel PAC Wednesday, pledging to "stand for Israel's security."

In 2019, Warnock signed a statement about the Israeli occupation of Palestinian territories that repeatedly mentioned apartheid and South Africa. It was signed by a number of fellow Christian faith leaders who traveled there.

“We saw the patterns that seem to have been borrowed and perfected from other previous oppressive regimes,” the statement read. It went on to compare walls around Palestinian communities to the Berlin Wall and criticize “the heavy militarization of the West Bank,” which it likened to “military occupation of Namibia by apartheid South Africa.”

Warnock, in the virtual campaign event Tuesday night, walked back the criticism, saying, “I do not believe Israel is an ‘apartheid state’ as some have suggested."

He said the past comments were meant in the context of protecting the human rights of Palestinians. He has an “increasing recognition of Hamas and the danger that they pose to the Israeli people,” Warnock added Tuesday.

In early November, the reverend released an op-ed titled, “I stand with Israel,” in which he criticized the “boycott, divest and sanction” movement, also known as BDS, and said the U.S. should not put conditions on its military aid to Israel.

Warnock is running in a bid to unseat Republican Sen. Kelly Loeffler. It is in one of two runoff elections in Georgia that will determine which party controls the Senate next year.